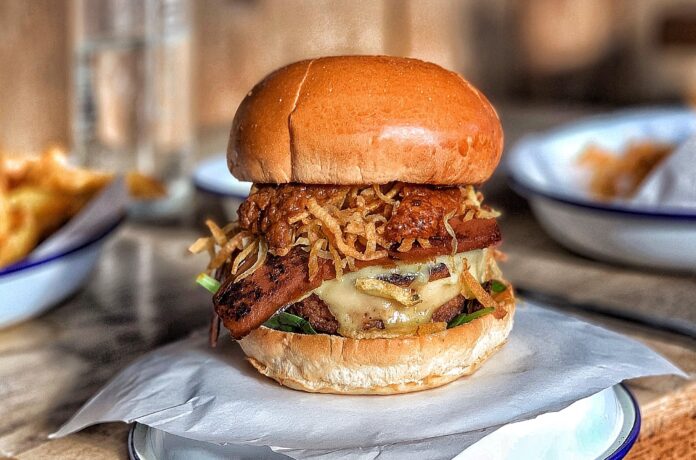 Today THIS, the British startup that makes hyper-realistic plant-based food for meat lovers, has raised around €3.8 million, following the launch of its Seedrs campaign. Since going live yesterday, 10th August, the UK plant-based meat company has surpassed its €2.2 million target, which was secured before the campaign was fully launched to the public.

The venture capital firms involved in this investment round include Backed, Five Seasons Ventures, Idinvest Partners, Seedcamp and Manta Ray Ventures, who also backed the business earlier this year when they raised their ‘Seed Plus’ round in January.

On a mission to shatter meat-eaters’ preconceptions of plant-based food, one rasher or nugget at a time, vegan investment fund Veg Capital has also invested in the latest Seedrs campaign, alongside professional footballer Chris Smalling. The THIS Seedrs campaign is also the fastest FMCG business to hit target ever and fastest ever campaign to hit €1.6 million+.

Set up by meat lovers, Andy Shovel and Pete Sharman, who successfully exited beef burger chain Chosen Bun, they channelled their in-depth knowledge of meat to create THIS, which they say is one of the most realistic chicken and bacon meat-alternatives in the world. Following two years of research and development, partnering with world-leading texture scientists and flavourists, THIS mimics meat in taste, texture, appearance and smell, but without the ethical or environmental impact, instead using peas and soya beans as the base.

Andy Shovel, cofounder of THIS commented: “Pete and I can scarcely believe how quickly the Seedrs campaign has been building momentum. I haven’t clicked ‘refresh’ this often since my online dating days. We’re truly honoured that so many people have deemed THIS to be worthy of their investment; we’ll keep over-working and ageing abnormally fast, in the hope that we make them a massive return.”

Andre de Haes, founder of Backed VC stated: “THIS is capitalising on the most important trend in nutrition: strong demand for tasty plant-based meat alternatives, for all those who are increasingly conscious about the detrimental health, climate change and animal welfare impacts of mass meat production. This macro trend alone doesn’t explain THIS’s success; it is unprecedented to see a startup food product achieve widespread supermarket distribution right after launching. The team at THIS blend executional hyper-efficiency with both ground-breaking R&D and innovative marketing. THIS’s achievement as the fastest campaign in Seedrs history for a round above £1.5 million is well deserved.”

Chris Smalling, Professional footballer and co-founder of ForGood added: “I’ve been really impressed with what Andy & Pete have achieved in such a short time. They’ve created a killer brand with amazing products. Thrilled to be part of their journey”

With the aim to accelerate growth, this investment will be used to expand their innovation function, with a €1.1 million a London-based innovation centre, including housing sensory, textural and other processing equipment. A team of world-leading food-scientists, engineers and flavourists will staff the centre and they are planning to launch 10 products per year for 3 years across a number of categories. In addition, their manufacturing capacity will be boosted, as well as their team of plant-based pioneers. 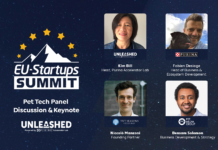 Discover the latest in PetTech at the EU-Startups Summit on May 12-13 in Barcelona!

London’s LottieLab raises €3.7 million to upgrade the GIF with its next generation animation to...

Promoting circularity in the fashion industry, London-based Sojo stitches up €2.2 million for i...