The current global conversation around systematic racism against Black communities is long overdue. Across industries and sectors, many are finally examining how they can challenge discrimination, foster greater inclusion in the workplace, and create more opportunities for Black talent.

But that doesn’t mean to say that the Black community hasn’t flourished on its own – on the contrary. Even in the notoriously white European tech sector, Black entrepreneurs have made waves across multiple industries, including beauty, agriculture, tourism and more.

Here are 10 promising Black entrepreneurs across Europe who are challenging the whiteness of the tech industry, developing successful new ventures against the odds, and creating a legacy of Black innovation on the continent.

Nana Addison – Born in Ghana and raised in Germany, the self-titled Afropean and tech entrepreneur Nana Addison has founded not one, but two of her own companies. Addison is the brains behind CURL, the creative agency behind CURL CON; Germany’s hair, beauty, and culture convention which caters to the textures and darker skin tones in the DACH beauty world. She is also building Stylindi, a booking and product shopping platform for the independent hair and beauty community, due to launch later this year.

Gerald Manu – Gerald Manu’s entrepreneurial tendencies started from an early age; he famously built his fashion business Devacci through selling crisps and drinks at school in Croydon, London, generating little more than £10 per day. Forward a few years and Devacci is a fully-fledged wearable tech brand, selling 1000s of his designs per month, with a dedicated team of five employees. You can find Devacci in a dedicated online store, and more recently, in the aisles of TK Maxx, who offered to stock the line.

Emilia Makosa – London-based entrepreneur Makosa has answered the call of Black women struggling with hyperpigmentation, with a complete cosmeceutical skincare collection catering exclusively to Black skin. After a struggle with acne, she founded Emeilleurq, a luxury skincare and lifestyle brand with a total of 13 products, ranging from cleansers, to toners, to spot treatments, and an intensive moisturizer. Officially released online from August 20th, the collection has already received rave reviews from customers during the pre-launch trial phase.

Martin Ijaha – Previously featured in our Black founders to watch list, Ijaha is the founder of Neyber, a fintech partnering with employers to let their staff borrow money at attractive rates. Several years after founding the company in 2013, Martin’s former employer, Goldman Sachs, even invested around €110 million in the company. More recently, Feyber has been acquired by Salary Finance.

Kike Oniwinde – Oniwinde is the founder and CEO of BYP network, an empowerment platform for ambitious Black professionals to network with one another and with corporations. Inspired by the talented Black students she met during her study abroad, the lack of diversity plus few opportunities to meet others in the city prompted the idea. Oniwinde has since won multiple awards for her entrepreneurial achievements, while in early July 2020, the BYP network also successfully surpassed its initial equity crowdfunding target on Seedrs.

Deborah Choi – The idea for Horticure came to Deborah in 2018. A Chicago native living in Berlin, she was trying to fill her apartment with beautiful, thriving greenery – and more crucially, keeping it all alive. Horticure connects plant owners with qualified and friendly horticulturalists to support issues affecting their plants, all with the aid of technology. The startup is supported by European Social Funds, Bosch, and Google for Startups, while Deborah herself has bagged a place on the BusinessWeek 25 under 25.

Wendy Oke – Ireland-based Wendy is founder of TeachKloud, as well as an Ambassador for National Women’s Enterprise Day in Ireland. Wendy has a PhD in early childhood education, which inspired her with the idea to support educators in reducing their paper work and spend more time doing what they do best – teaching. This year we interviewed Wendy about her journey, in case you’d like to learn more about her edtech journey, how she closed funding and their next steps in scaling up into the UK and the US.

Kerrine Bryan – Bryan is a lead power systems engineer and founder of independent publishing house Butterfly Books. Passionate about the increased representation of women in STEM and tackling misrepresentations in the industry, the house publishes titles like Titles My Mummy is an Engineer, published in early 2020. The mission is to raise awareness among children at an early age of the career options available to them, which in turn can improve diversity and reduce skills gaps.

Kave Bulambo – After developing the idea after graduating, Bulambo founded My Career Path, a career coaching and employer brand development platform based in Berlin. The company’s mission is to prepare and empower young professionals with the critical skills they need to succeed in the modern job market while connecting them with the best employers. Alongside My Career Path and her current talent acquisition position at startup Pitch, Bulambo is also the founder of BlackInTech Berlin, a community of Black professionals working together to foster the representation, inclusion, and empowerment of Black people working in tech.

Jacqueline Ngo Mpii – While a trip to Paris might typically conjure up images of the Eiffel Tower, the Louvre and the Arc de Triomphe, Mpii’s business offers something a little more unique. She is the founder of Little Africa, a cultural agency which helps individuals, associations and businesses to connect with the best of African culture in Paris. In addition to curated tours of Paris, Mpii has also published the City Guide to Little Africa in Paris, enabling those across the world to learn more about the African people, presence and influence in the French capital.

For more on this topics, check out our article, ‘Meet the European VC firms funding overlooked founders‘. 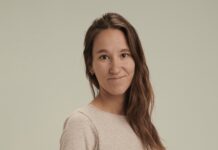 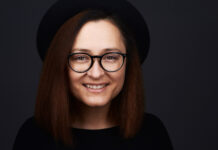 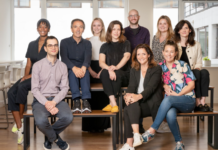 Zinc announces a new €32.9 million fund to back mission-driven founders who are addressing the ...