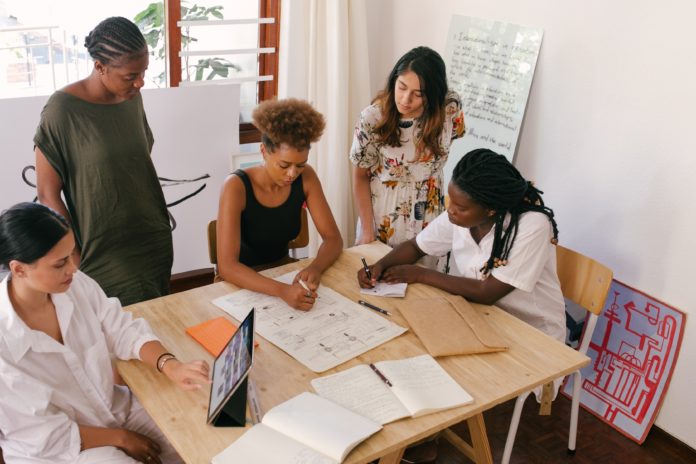 Over the past few years, a number of venture capital firms have sprung up across Europe to try to even out the funding playing field. Often started by individuals that experience discrimination themselves, be it for their race, ethnicity, gender, sexual orientation, physical or mental ability, or otherwise, these firms are solely on the look out for motivated minority founders that have been overlooked.

While their work is stellar, part of us hopes that in the future this kind of special venture capital fund won’t need to exist. It is possible that we are moving in that direction, but far too slowly. Recently a number of ‘traditional’ venture capital firms have rushed to show their support for the Black Lives Matter movement on social media, however, so far, not much action has been seen. Only a few firms have put their money where their mouth is. Take SoftBank Venture Capital in the US, for example, who has committed an approximate €80 million fund for entrepreneurs from BAME backgrounds.

This is a good start, but without tackling diversity, inclusion and belonging inside their organisations, the impact will be short-lived. If all investors have the same white, cis, heterosexual, fully able-bodied, profile, and they rely on their own private networks to find new projects to invest in, they will forever be investing in founders who look and sound just like them.

It is within this context that we bring you a list of venture capital firms that are scouting out successful talent from minority groups. If any aspect of your identity makes you less heard, these firms are on your side and will give you the opportunity to pitch fairly.

Unconventional Ventures – Unconventional Ventures is a Nordic early-stage investment firm investing in under-represented founders. Started by Thea Messel, the firm believes that underrepresented founders present one of the biggest market opportunities today. Unconventional’s UV PF1 fund equates to €125K from a diverse group of 60 investors – 85% of which are women – aged between 16-70, from over ten different countries. We interviewed founder Thea Messel last year about the changing funding landscape, social impact ventures and their mission.

Ada Ventures – Inspired by Ada Lovelace, the first computer programmer, this firm highlights that 92 in every 100 dollars invested in Europe goes to all male teams, and furthermore, 83% of founders are white and 82% are university educated. Ada Ventures is a first-cheque seed fund, on a mission to make venture capital truly accessible to the best talent in the UK and Europe – regardless of race, gender or background. Founder Francesca Warner just published a piece on Medium about privilege, which is worth a read.

Impact X –  Impact X believes in social change, through successful impact investing. Originally founded by a US-based team, they realised investments into black founders was less common in Europe, and there was huge untapped potential here by setting up in the UK. Supporting underrepresented entrepreneurs across Europe, particularly the Afro-Caribbean diaspora, Impact X funds Seed, Series A and Series B  rounds, within the entertainment, media, tech, health and digital industries. We recently interviewed co-founder Paula Groves about the funding landscape in the US vs Europe, publishing soon.

Borski Fund –  This fund only invests in companies with diverse teams that are closing the gender gap. The fund is named after Johanna Borski, a female investor and role model who made a fortune by investing early on by buying almost half the shares issued in “De Nederlandsche Bank”, which we she later used to rescue the “Nederlandsche Handel-Maatschappij” from bankruptc. Founded in 2019, Borski is an initiative of The Next Women, a network for women entrepreneurship in the Netherlands, and StartGreen Capital, the largest fund manager focused on sustainability in the country. Take a look at our interview with their Partner and Fund Director, Simone Brummelhuis from March 2020.

GOODsoil – Based in London, GOODsoil focuses on underrepresented founders and teams in Europe and Sub-Saharan Africa who may not have ample access to capital. It’s mission is to become a leading venture capital firm, empowering founders to grow and scale businesses that leave a positive impact on their communities, and eventually, the world. In this way, GOODsoil is also an impact investor, looking for game-changing ideas with a positive societal or environmental impact. If you’re a startup, don’t miss their blog, which talks about diversity in teams and the status of black female founder funding.

We are Jane – Belgian venture capital fund We are Jane focuses on female entrepreneurs, as currently only 5% of female founders land funding. Set up by a trio that have almost 60+ years of entrepreneurial and investment experience between them, Conny Vandendriessche, Muriel Uytterhaegen and Eline Talboom, they are on a mission to change the game.

Voulez Capital – Voulez Capital is on a mission to fund female entrepreneurs, having been created in 2018 in London, by female entrepreneur and mother Anya Navidski. Beyond just funding, Anya is aware of the fact that we live in a world where products and services are being built without properly addressing the needs of half of the population, and she wants to correct this.

Kaleidoscope Group – Hardeep Rai is the founder and Managing Director of Kaleidoscope. After Hardeep’s son Eshan was born with a severe brain injury, he began to think about support available for people with disabilities, and after meeting the founder of Disabled Entrepreneurs, he founded Ki in 2015. Ki helps entrepreneurs with disabilities to realise their dream of running and growing their own business, by providing on-going help, expertise and investment throughout the duration of the business life-cycle.

Diversity VC – Diversity VC is non-profit partnership network, working to increase diversity of thought in the venture industry. It believes that funding into underrepresented founders will generate better decision making and higher returns. Although not technically a VC, the team helps minority founders get the funding they deserve, and also places underrepresented individuals in VC firms to increase diversity.

Gaingels – Via their London Group and global network, Gaingels invests in promising European companies with LGBT leadership, hoping to create and influence lasting social change in the process. Gaingels also has a strong presence in the US, which is great news for scaleups hoping to land an investor with local market experience. Founded in 2015, over half of their portfolio companies have a female founder or senior leader, and over half have a non-white founder or senior leader.