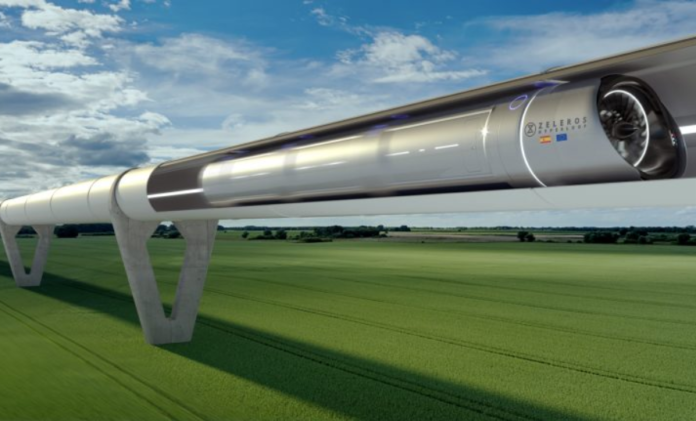 The Spanish startup Zeleros Hyperloop has just completed a financing round worth more than €7 million. Founded in 2016, the young company starts a new and important phase in the development of its unique version of hyperloop, the “fifth mode of transport”, the best alternative for the future to connect efficiently and sustainably long-distance routes for passenger and cargo transportation. Connections like Paris to Berlin could be reduced to less than an hour.

The fresh capital comes from Altran, Grupo Red Eléctrica and also strategic investors at national and international level, including among others Goldacre Ventures (UK), Road Ventures (Switzerland), Plug and Play (USA), and the Spanish Angels Capital and MBHA. The new funds will be used to impulse further development of Zeleros’ hyperloop vehicle and its core technologies, which place them as the best alternative to cover efficiently routes between 400 and 1,500 kilometers in distance, with special benefits such as the reduction of the overall infrastructure costs and the operation at safer pressures for passengers.

Earlier this year, we mentioned Zeleros as one of 10 promising cleantech startups to watch in 2020 and beyond. In 2019, Zeleros was one of the winners of the EIT Awards.

Commenting on the announcement, David Pistoni, CEO at Zeleros, said: “For Zeleros it is key to have partners of this relevance and expertise onboard. Their support will accelerate the development of our technologies, unlocking the path towards hyperloop-based routes and corridors in Europe and worldwide. These new funds will boost a major milestone of developing and demonstrating our technologies in a real environment of operation, bringing Zeleros closer to a multibillion market opportunity to be captured in the next decades.”

Pilar Rodríguez, Strategy, Innovation and R&D Director at Altran Spain, participating as lead investor, added: “As a world-leading engineering company, Altran acts as a technological catalyst in various strategic sectors. By supporting Zeleros, Altran is accelerating disruptive innovation in a sector, such as mobility, that is reinventing itself. With technologies like hyperloop we are changing the future of mobility. Altran has been collaborating with Zeleros since 2017 and will now contribute all of its experience and multidisciplinary talent to help the company accelerate the development of hyperloop technology.”

The next step will be the deployment of the European Hyperloop Development Centre in Spain, including a 3-km test-track to demonstrate the effectiveness of its technologies at high speed. The aim of this project is to accelerate the development of the hyperloop industry in Europe, by creating an ecosystem of international industrial, technological and institutional partners.

“Hyperloop is a great development that requires the participation of first-class players and that is why from the beginning we decided to approach our project by creating a collaborative ecosystem. We combine Zeleros’ talented team and technology with the global experience provided by leading organizations in sectors such as railways, aeronautics, infrastructure and electrification” says Zeleros CEO David Pistoni.