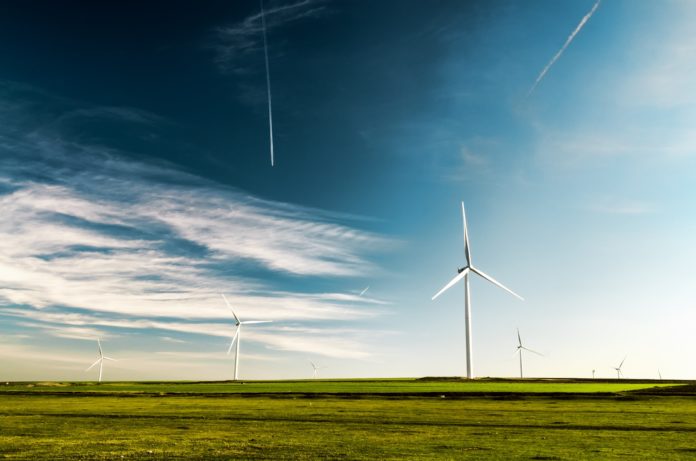 With the Earth slowly approaching an environmental tipping point, the need to tackle climate change together is bigger than ever. At the forefront of this movement are cleantech startups, guided by the same motto of making the economy and the society more sustainable, efficient and clean.

Here are 10 European startups committed to making the planet better for the next generation.

NorthVolt – Founded by two former Tesla executives in 2016, Swedish startup Northvolt is a lithium-ion battery manufacturer that is ensuring sustainability in the entire process to enable electrification and efficient renewable energy storage. Currently, they are building a gigawatt-scale battery production facility, called Northvolt Ett, scheduled to open in 2021. Their client list already includes BMW, Siemens, Scania and ABB and at the end of 2019, the company pulled in €1 billion from the likes of BMW, Goldman Sachs and Ikea.

Sono motors – The Munich-based company Sono Motors wants to put the first solar car on the streets. Four years ago in 2016, Laurin Hahn and Jona Christians began working on “Sion”, an electric car, equipped with 248 solar cells, a range of 255 kilometers and a possibility to partially recharge itself up to 34 kilometers per day in the sunshine. In January 2020, the startup led a crowdfunding campaign, finishing up with €53.3 million in funding and hundreds of potential customers. With some luck, they should get their cars by 2022.

Zeleros – Zeleros is a Spanish startup, founded in 2016, leading the hyperloop development or the so-called “the fifth means of transportation”. At the heart of their project is an electric-powered transportation system, called hyperloop, for more efficient and sustainable movement of passengers and cargo worldwide, enabling travel at 1000 km/h using clean energies and energy-efficient infrastructure. If it sounds too good to be true, head to Sagunto, Spain, where they are currently building a 1.2-mile test track.

Zolar – With a vision to change the homeowner’s energy consumption to 100% green energy, Zolar enables homeowners to plan and configure a solar system with a few clicks online. Its online configurator seamlessly takes over the entire concept of the photovoltaic system, from planning to insurance and financing, all the way to the final installation. Four years after launching and €14 million in funding. Zolar is well set to democratize the energy sector.

Ecoligo – Founded in 2016, Ecoligo funds solar projects in emerging markets via an online platform. The platform called ecoligo.investments, functions as a crowd-investing platform for renewable energy projects and closes the finance gap that stops solar projects from being realized in developing countries. The Berlin-based startup has so far introduced its crowd-financed Solar-as-a-Service concept in East and West Africa, Central America and Southeast Asia.

Solytic – Berlin-based Solytic was founded in September 2017 with the idea of ​​digitizing the monitoring of PV systems. The software developed by the photovoltaic startup relies on artificial intelligence to optimize the operation of solar systems by analyzing the existing data, making operation and maintenance easier for the operator. In February 2020 Solytic closed a Series A round, raising almost €5 million from new investor EWE and existing investor Vattenfall, 2 of the top 5 utilities in Germany.

Energy Vault – Energy Vault is a Swiss energy storage startup, founded in 2017 that introduced a novel approach to storing energy: lifting giant blocks of cement with a crane as a form of mechanical energy storage. Combined with their patented system design and control software, this kinetic energy-based storage solution will be capable of storing 35 megawatt hours and delivering a peak power of 9 megawatts if required. The startup recently received €100 million investment from Japan’s SoftBank Vision Fund.

– This Stuttgart-based startup is developing portable battery storage units, based on its ‘Software-Defined Battery’ technology. Founded in 2018 by Andreas Sedlmayr and Sebastian Berning, Instagrid’s solution offers flexible access to grid-like power for professionals on-the-move. Its compact and lightweight design, low operating costs and emission-free use convinced High-Tech Gründerfonds to make a seven-digit investment in 2019.

Lancey Energy Storage – Lancey’s solution goes a step further to make smart building real. The French startup, founded in 2016, is offering an intelligent and connected electric radiator, incorporating a lithium-ion battery, that allows users to both keep their home warm while at the same time reducing the electricity bill and the carbon footprint. With the promise of generating energy savings up to 50% of a user’s typical electric heating bill, Lancey was quick to attract both clients and investors, €10.2 million in funding and EDF and Groupe La Poste as clients.

– Dubbed as “Amazon for refurbed electronics”, this Austrian startup is changing consumers’ perceptions of refurbished products. The company’s platform offers a 40% discount on used electronic products, with high quality, no risks involved, 30 days of free trial and a one year warranty. Founded in 2017 by Peter Windischhofer, Kilian Kaminski, and Jürgen Riedl, Refurbed is fighting the increasing amount of e-waste and its negative consequences on our planet.

ABOUT US
EU-Startups.com is the leading online magazine about startups in Europe. Learn more about us and our advertising options.
FOLLOW US
© Menlo Media S.L. - All rights reserved.
2/10
You can read only 8 more articles for free this week. Become a CLUB Member for unlimited access to EU-Startups.