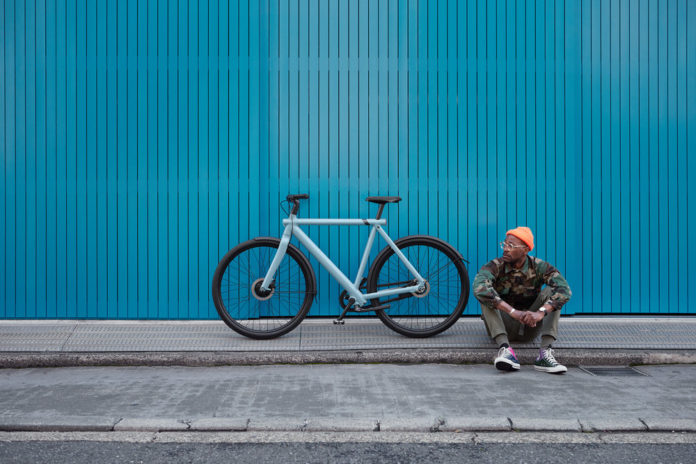 Today VanMoof, the Dutch e-bike scaleup, has announced a total €12.5 million investment from one of Europe’s leading venture capital firms Balderton Capital and assembly partner SINBON Electronics. The funds will support the brand’s international expansion as it scales up to meet increased demand. The investment follows the launch success of the highly anticipated new electric VanMoof S3 & X3 bikes.

With social distancing the new reality, demand for high quality e-bikes is on the rise. Bikes are seen as an increasingly dependable mobility option compared to public transport. And governments across the globe are responding with new cycle initiatives. For example, Berlin recently implemented a one mile bike lane along a major road, and Milan will introduce a five mile cycle lane to cut car use after the lockdown. This worldwide trend supports VanMoof’s belief in the potential of e-bikes to revolutionize city travel.

“It’s a unique time to build such a meaningful partnership. Not only do we appreciate this vote of confidence from an investor with deep sector experience, it’s a great sign that investments are becoming greener, shifting away from fossil fuels and towards e-mobility.” Taco Carlier, VanMoof co-founder.

VanMoof’s innovation legacy has earned its reputation as one of the most disruptive brands in the international bike industry. The recently launched VanMoof S3 & X3 offer massively improved performance and technology at just 60% the price of their predecessors. The radical entry price is the result of a tipping point in scale and VanMoof’s hyper-efficient manufacturing and distribution system. Thanks to a partnership with SINBON Electronics, VanMoof has been able to take complete ownership of the supply chain. Combined with a direct-to-consumer sales model, this allows VanMoof to produce e-bikes at a more affordable price than ever.

“VanMoof produces a category-leading product in a rapidly growing market that is changing the world for the better. We believe that the quality, community, and experience of VanMoof will make them a household name from Tokyo to Berlin. Taco and Ties have created a very special company that builds on a rich Dutch bicycling tradition, and carries it into the future. Tim Bunting, myself, and the entire team at Balderton are thankful to join the ride”, commented Colin Hanna, Principal at Balderton.

The investment round enables VanMoof to further capitalize on its position as a leader of the e-mobility industry. The success of the VanMoof S3 & X3 have seen sales develop at over twice the speed of any previous launch in the company’s history. VanMoof has entered the scaleup hypergrowth phase in the last two years, quadrupling €10 million 2018 revenue to nearly €40 million in 2019. With sales consistently 20% above target throughout 2020 so far, VanMoof is well on its way to pass the projected annual revenue goal of €100 million.

The funding by Balderton and SINBON comes after a series of record-breaking crowdfunding rounds and marks the largest investment VanMoof has received to date. It furthers the bike brand’s strategy of partnering with the most established VC investors and, with the support of a global community of riders, all parties are invested in the company’s ultimate goal of getting the next billion on bikes.