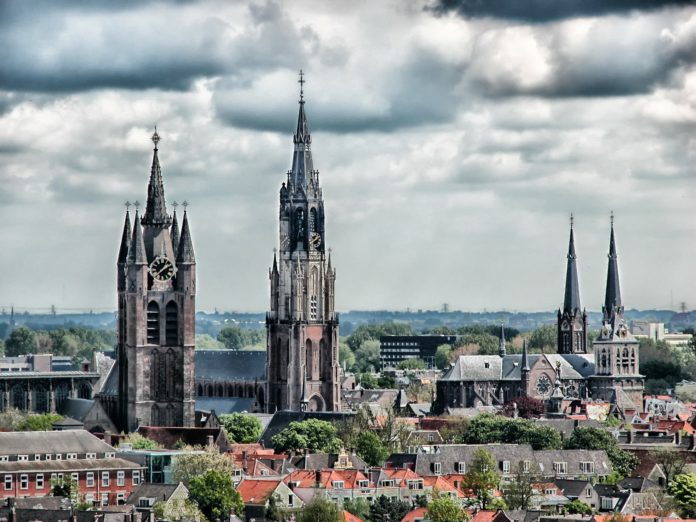 Delft is a rather small but typical Dutch town with many canals, bikes and students. But what makes Delft so interesting lately, is the growing number of tech startups it is producing. Supported by Delft University of Technology, which ranks as number one university in the Netherlands, and YES!Delft incubator, ranked among the top 5 of the world’s best university incubators, Delft is starting to see its first batch of real startup successes. Here are 10 promising Delft-based startups to watch.

Hardt Global –  Inspired by the Hyperloop idea by Elon Musk, Hardt Global is developing a hyperloop, an affordable, zero-emission, high-speed transportation. In essence, Hyperloop is an ultrafast “train” that can carry passengers in vacuum tubes from A to B at near speed of sound. This innovative means of transport has been developing since 2016 and in October 2019 the startup managed to raise a multi-million investment round to help them speed up the process.

Kitepower – Kitepower is reinventing wind energy with its mobile airborne wind energy systems. This TU Delft spin-off develops systems that use high-performance kites to leverage the energy of the wind and generate electricity. Founded by Johannes Peschel and Roland Schmehl in 2016, their systems use 90% less material while being twice as efficient as existing technology. Additionally, it uses less material than ground-based turbines and takes less than an hour to set up.

Inkless – Inkless has developed a printing technology which enables high-resolution black‐and‐white printing without the use of ink, on multiple substrates without any consumables or coatings. What started as a graduate student project at TU Delft, has turned into a successful startup backed by business angels, who support their idea of revolutionizing the printing industry by making cartridges and toners obsolete.

Nowi energy – Nowi is a pioneer in novel energy harvesting technology. Their innovative solution enables the capturing of ambient energy sources such as light, temperature gradients or radiofrequency, with the aim of converting and using it to power IoT devices. 7 patents, €3.5 million in seed funding, a partnership with Huawei and the prediction of 100bn connected devices by 2020 make it quite a good combination for Nowi.

Roadmap – Roadmap is an app designed to help de-stress business travelers. What it does is provides all the relevant details of their travels (flight, transportation options and hotel) into one, easily readable content accessible via the app. Moreover, it also suggests cool places to work, network, eat and have fun. Nike, Microsoft, Tommy Hilfiger, LinkedIn, Merck already use Roadmap to enhance the business travels of their employees.

Scoozy – Scoozy is a mobility startup founded in 2016 that has developed a four-wheeled, electric mobility scooter for people with difficulty walking. It has a driving range of up to 100 kilometers, as well as an active braking system, intuitive steering, an independent suspension and smart sensors. Their vision is to set a new standard for the mobility scooter, and backed by €1.2 million, they are getting close.

Warp – Warp VR was created to help organizations create immersive training scenarios using Virtual Reality (VR). Customize the scenario according to the company’s needs, decide who is playing and get in-depth analytics in the end. The Dutch Fire Department, Tata Steel, KLM, Gazprom, BBC already use Warp to offer interactive 360˚video VR learning experiences for their employees. In 2019 they won the Learning Innovation Award and Get in the Ring competition.

We4sea – The heart of We4sea is a performance monitoring platform based on a Digital Twin concept. Founded in 2016, We4Sea collects vast amounts of operational data of a ship, such as position, speed, heading and engine data and matches it with other data such as weather conditions, wave heights, currents and wind. Thanks to this, ships can optimize their use of fuel and the associated CO2 emissions and drastically improve efficiency.

Crescent Tech – Crescent Tech was founded in 2017 to bring to market the world’s first purpose-designed wearable dual-camera headband dubbed Crescent Vision. Envisioned as equipment for precision surgical procedures, the headband captures high-quality images from a first-person perspective and can be shared with viewers watching on a desktop, tablet, smartphone or with VR glasses.

Physee – Physee is a manufacturer of solar-powered windows, called PowerWindows. They are patented and transparent windows that convert light into electricity. Proven to provide 50W per square meter, which can compensate for up to 75% of the energy consumption of buildings. Selected as a Technology Pioneer for the WEF, Physee raised €1.5 million in 2018 to accelerate the development of its sustainable building facade solutions.