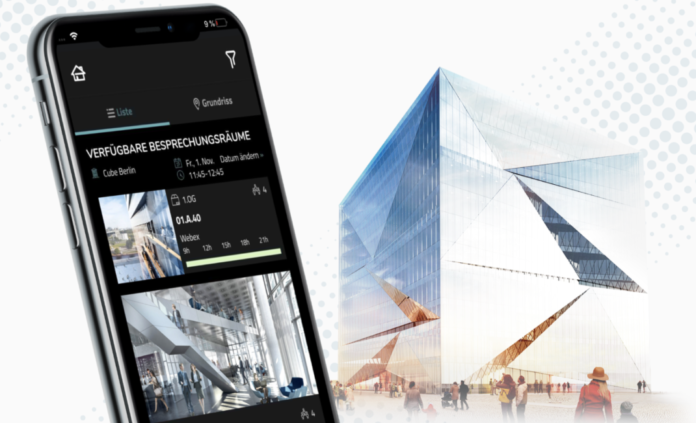 The Bad Homburg-based startup Thing-it, a digitalization platform for smart offices, intelligent city quarters, and smart facility management, just raised a Series A financing of €4.2 million. The new co-lead investors are PropTech1 Ventures, the first dedicated European VC fund focusing on the untapped innovation potential of the real estate industry, and the Cologne-based venture capital fund coparion. In addition, Thing-it’s existing shareholders have invested again.There are already 1.3 billion connected devices in office buildings worldwide today, and this number is expected to rise to 3.3 billion by 2022. Connected digitalization solutions, which serve an increasingly wide range of purposes, require a central operating system – a digitalization platform. This increases efficiency and allows for a streamlined user experience.

Founded in 2014, Thing-it is a pioneer of these digitalization platforms and functions as the brain of a networked building that receives the signals of all sensors, processes them, and reacts by invoking actuator services. Modern sensors can, for example, be used to cost-effectively determine room occupancy and optimize building utilization accordingly. In conjunction with optimized shading, lighting control, adaptive heating and cooling as well as improved air distribution energy savings of up to 30% are possible.The Thing-it platform also enables all stakeholders in and around the building, i.e. owners, tenants, employees, and facility managers, to interact with each other and with the building itself, e.g. via an app provided by Thing-it or a touch screen. The application areas range from communication and room booking through access control and utilization analysis to simple control of the building control system. In addition to office buildings, Thing-it can also be used for shopping and data centers, co-working spaces and other buildings as well as entire city quarters.Thing-it delivers a highly scalable SaaS modular system, which is implemented analogously to enterprise software platforms by a growing network of hardware-, integration-, and operating partners, individualized to the customer’s requirements. Thing-it’s lighthouse projects include cube berlin and The Ship in Cologne.Nikolas Samios, Managing Partner of PropTech1 Ventures, commented: “Buildings are becoming more and more connected. This entails various potentials, but at the same time often enormous complexity, which classic real estate developers and, for example, at a later stage also facility managers can barely handle in their operations. Only through smart middleware such as Thing-it can digital real estate be mastered beyond glamorous showcase projects in the mass market.”Dr. Marc Gille-Sepehri, the founder and CEO of Thing-it stated: “We have already shown in production what a wide range of functionality and value chains our digitalization platform can support in commercial real estate. The current financing round helps us to roll out this functionality to a broader market together with our partners.”