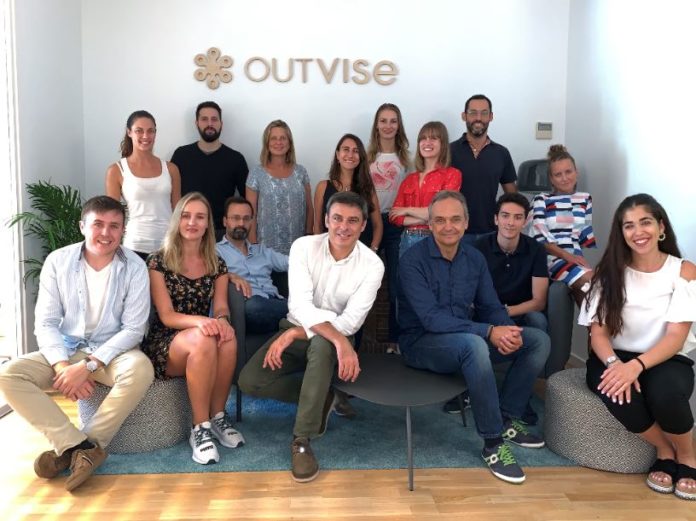 Barcelona-based startup Outvise‘s platform helps companies to find local or international professionals in an agile way, enabling practices such as ‘flexible workforce’, allowing companies to have the necessary talent without increasing the number of employees.

Outvise is in a moment of transition, because the company has just captured €1.2 million in an investment round led by several investors from the business angels network.

For example, they can find freelancers to cover shortages in the temporary needs of staff until long-term projects are consolidated, or highly qualified professionals to answer questions about a new business activity that can be resolved with a meeting or call.

The platform has about 22,000 professionals in 20 countries, especially focused on the EMEA (Europe, Middle East and Africa). Freelancers have also been introduced to the work force in the Americas, Asia, and will soon be in new locations because, as explained the CFO and co-founder, Alex Collart, the company has ‘a global ambition’.

Using the platform, companies can find freelance candidates in 48 hours. All of them have relevant experience and have passed a qualification process designed by the team. To do this, Outvise has developed a collaborative network. They have a team of experts that certify that candidates are good professionals and suggest specific key questions to determine each job opportunity. The team has developed an evolutionary taxonomic model with more than 700 skills and thousands of synonyms to classify experts and content that the platform incorporates into its algorithms. Thanks to this, they can identify the most qualified and relevant experts for each need.

To calculate the ratings experts for each opportunity, and achieve a successful matching in each case, the platform uses the different interactions and certifications of experts, customer feedback and a library of historical opportunities and market knowledge.

Freelancers are the cornerstone of the project, because Outvise believes that if they have good professionals, they will have good clients.

According to Collart, “it is important to take care of them so that they can comfortably develop their work, either by offering projects, collaborative tools to support each other, or creating logistics to facilitate deliveries.”

He also believes that sectoral specialisation is key to consolidating Outvise’s reference position among this community of experts and clients.

Collart explains that the operation of the company is as follows: when a company matches a freelance, the platform manages the administration, facilitating payments and collections easily. They get a margin for the service. The use of the platform has zero costs.

According to Eusebi Llensa, the CEO and co-founder of Outvise, the startup’s main goal “is to expand the technology platform to offer a 100% automated experience for the client who needs access to freelancers experts, and as well, for freelancers themselves, to allow a fluid interaction between them and the construction of a community of experts with additional services.”

The platform has been active for three years, with a previous period of exploration and validation of the concept before launching the project in 2016. In the last financial year, Outvise reached a turnover of €5 million gross, and they delivered more than 10,000 working days. The company expects to exceed €900k in revenue in 2019.

Outvise was founded by four engineers who had worked almost their entire lives together in management and consulting, and met again and set out to revolutionise their sector.

The founders of Outvise expanded their experience in leading consulting companies such as Accenture, McKinsey & Co and Cluster. A few years later, they embarked on their own adventure by creating their own consultancy, Valoris Management Consulting, which was sold in 2004 to the Sopra Steria group.

Over the years, they shared other projects and separated their paths to work in other countries, such as the UAE, South Africa and the UK. However, a meeting of all of them at the Mobile World Congress in 2014 made them realise that they were connected by doing the same work again. All of them had become freelancers. And they realised that, like them, many other people no longer wanted to be an employee in an regular office.

If some companies had revolutionised other industries, it was not exorbitant to think that the same could happen with their profession. Pursuing this idea, they took off the Outvise project that same year by launching the first pilot project.