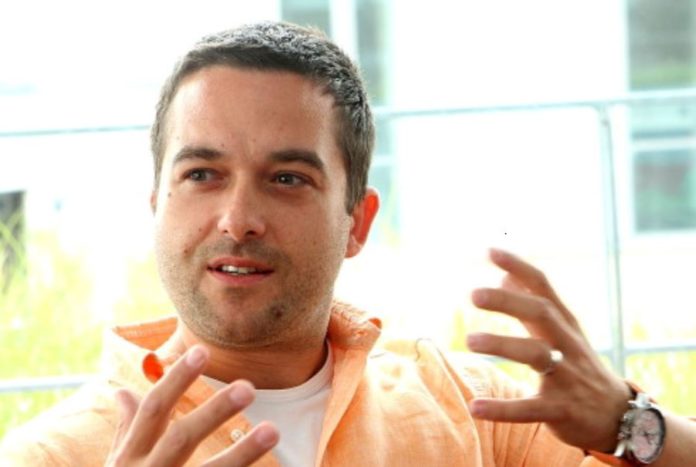 Based in Prague, Credo Ventures is a venture capital firm focused on early-stage investments in Central and Eastern Europe. Since it was founded in 2009, the VC has invested in 45 startups, its most successful being the Romanian-founded unicorn UiPath.

Credo is always on the lookout for opportunities to invest in high-growth potential companies with international ambitions and competence to execute and deliver. We interviewed Credo’s founding partner Ondrej Bartos, who shares with us what his background, what he looks for in a startup, his thoughts as to how the CEE ecosystem has evolved over the past 10 years, and more. Enjoy!

What is your background, and how did you come to be a partner at Credo?

I started off almost a quarter of a century ago (in 1996) as an entrepreneur, while I was studying Finance at the University of Economics in Prague. After co-founding and managing several companies, I found that my strength was not in company building, so I turned to consulting. I was also involved in organising events under First Tuesday brand, which was one of the first global forums for startups and investors. There I had first tried to be on the investing side with some small angel investments, which naturally led to venture capital – and that’s where I found my passion.

Passion for founders, for bright ideas and teams working hard to disrupt industries or just creating new products. So together with two co-founders I started Credo in 2009.

Outstanding founders, bold vision and ambition and big opportunity at the right time. I guess that sums it up. We of course take a look at the product or solution, team, go-to-market and traction, but the first three things are most important.

Can you tell us about the sectors you are focused on, and some of the trends you are seeing within them?

We invest in technology startups, with no further specialisation, although it is fair to say that we pay more attention to some spaces than others. We generally believe our region can produce awesome companies in B2B enterprise software more so than consumer facing hardware products, but at this point our focus remains fairly general in the tech space.

What are some startups you’ve recently invested in and why did you choose them? What have been your most successful investments?

Our most recent investment was in Spaceflow (featured earlier this year in our list of top Czech startups to watch in 2019), where we’d been in touch with the founders for well over a year, and what made us invest was our conviction that they’re a great team bringing the right product to an interesting market at the right time. Spaceflow is a proptech startup that creates a tenant engagement platform that also serves as a property management tool for landlords – which we believe is right on spot when we look at the trends in the real estate market disrupted by the likes of WeWork – and Spaceflow can be a tool that can help the industry adjust to those trends.

We also recently invested in the Slovak-founded startup Surglogs, which aims to help to digitise clinics and other healthcare facilities, or mixed-reality startup LIV based in Prague with founders from all around the world. Our most successful portfolio company is UiPath – the first Romanian unicorn which is on the forefront of the process automation movement as a part of the digital transformation efforts of enterprises globally.

Can you share some numbers about the current state of Credo? For instance the number of startups funded, capital raised, number of exits, etc?

Since 2010, when we raised our first fund, we have invested in 45 startups. We’re currently investing out of our third fund, which is due to make its final close this Autumn (which is when we’ll announce its size). We’ve made eight exits, the most notable ones being the sales of Cognitive Security to Cisco Systems, Apiary to Oracle and Brainient to Teads.tv.

How important is location for the success of a startup? Would you recommend startups to move to one of Europe’s leading startup hubs like London or Berlin, or maybe even to Silicon Valley?

Location is always important, but I believe there is no one right recipe for every startup. It very much depends on the type of business they’re in, where their customers and/or partners are, and where they can find best people to hire for what they aim to do. But in general, the rule of thumb is they should be where the big markets and most customers are – which in most cases would be the United States, Silicon Valley or the East Coast, Asia or Western Europe. But hey, we can name examples of the ones who’ve made it big staying where they originated, right?

How have you seen the startup ecosystem change in Central and Eastern Europe in the past 10 years?

The ecosystem has matured tremendously no doubt. We now have a lot more capital – you must bear in mind that Credo was one of the first Anglo-Saxon mindset VC firms in Central Europe – but also I feel like the startups and founders are maturing. One more remark I’d make is that we’re starting to see some of the successful ‘first wave’ founders are now back in the market with their second or third startups, and we very much like being an investor (returning or not) in those. When it comes to numbers, in 2010 we received some 300 business plans, this year we’ll probably see over 1,500 decks and presentations, so numbers tell the ecosystems has improved by more than 400%. 🙂

What do you do in your free time?

Simply said, I view myself as a family guy, so what I do with greatest joy is travelling with my family. I also like tennis, squash, golf, walking around places I happen to be in, and reading good books. At the same time, by the nature of what I do, I pretty much constantly think about startups, either the ones we’ve invested in or the ones we might or should invest in. I believe work should not be that disconnected from time spent out of work, so I work as well as I play and enjoy life 24/7.