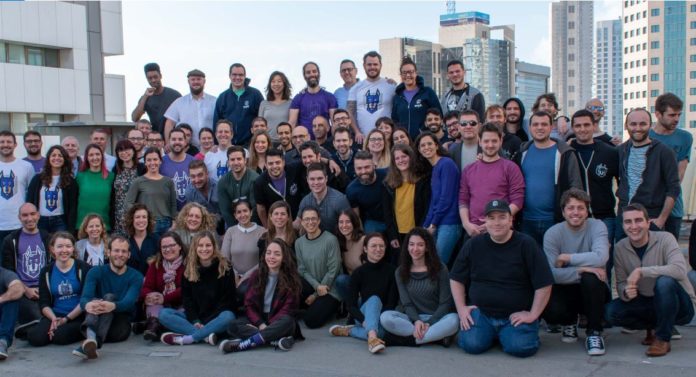 The London-based developer-first security company Snyk has secured a €63 million investment, led by Accel and existing investors GV and Boldstart Ventures. With Snyk’s revenue exceeding 4x growth this year, the new funding will be used to fuel the company’s next phase of global growth.

“Increasingly, enterprises around the world understand that the combination of DevOps adoption and growing security awareness are driving the security industry to urgently adapt in order to keep up,” said Guy Podjarny, founder and president at Snyk.

“Snyk was founded on the belief that developers will embrace security given the right solution. Four years later, we’ve seen that vision become reality, with hundreds of thousands of developers using our solutions to secure their containers and applications. We are excited to use this investment to further build out the products, resources and community to expand this market leadership to even more development teams and enterprise organisations.”

This most recent investment follows Snyk’s €20 funding round in September, 2018 which was led by Accel, and brings the total funds raised to €92 million. The additional €63 million puts the company in a strong position to accelerate its go-to-market strategy, continue to drive massive growth in product adoption and usage, and continue its expansion into new global markets.

Founded in 2015, Snyk has reached a number of major milestones since its last round of funding. The global user community has expanded to more than 300k developers worldwide, and Snyk’s customer base grew dramatically – by 200% in 2019. Added to this, more than 90% of Snyk’s customers originate from inbound and product-led opportunities. Major enterprise customers, such as Google, Microsoft, Salesforce, and ASOS are leading the vanguard in Snyk adoption within industry.

The company itself has seen a number of noteworthy developments. Snyk’s global team of employees grew 600% in just 18 months. Also, in July 2019, Snyk announced the addition of Peter McKay to the team as CEO; Ken MacAskill recently joined as CFO; Stephanie Dominy as General Counsel; and Dipti Salopek, VP of People. Finally, Snyk recently announced the acquisition of DevSecCon, the world’s premier conference dedicated to DevSecOps.

“Today, every business, from manufacturing to retail and finance, is becoming a software business,” said McKay. “There is an immediate and fast growing need for software security solutions that scale at the same pace as software development. This investment helps us continue to bring Snyk’s product-led and developer-focused solutions to more companies across the globe, helping them stay secure as they embrace digital innovation – without slowing down.”

“Accel has a long history in the security market and we believe Snyk is bringing a truly unique, developer-first approach to security in the enterprise,” said Matt Weigand of Accel. “The strength of Snyk’s customer base, rapidly growing free user community, leadership team and innovative product development prove the company is ready for this next exciting phase of growth and execution.”

“More and more of our business has become software which makes securing our developers and their processes a top priority,” said Mark Geeslin, senior director of product security at Asurion. “Snyk is helping our security team scale across the organization by giving our developers a tool they will actually use, helping us achieve our goals of running fast, and making sure we are secure every step of the way.”

The global open source services market is expected to grow to $32.95 billion by 2022 (CAGR). This rapid adoption, plus the explosion in the use of new development methodologies such as containers, are bringing new vulnerabilities to the fore. Gartner predicts that by 2022, more than 75% of global organisations will be running containerized applications in production – a significant increase from fewer than 30% today. In a recent report, Snyk found that 44% of Docker image scans had known vulnerabilities.