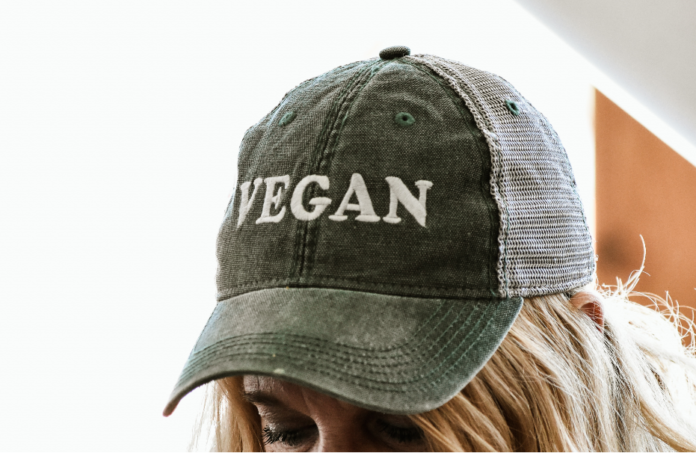 The Economist named 2019  ‘The Year of the Vegan’. And rightfully so! The demand for vegan products has been rising steadily since 2010. This year, even well-established brands like McDonald’s are starting to serve vegan burgers and giant food corporations like Tyson Foods are buying into startups like Beyond Meat, which produces meat-free alternatives. From big, well-established corporations to hole-in-the-wall establishments, everyone is jumping on the vegan bandwagon – from the US to Asia and all the way to Europe.

Here is our compilation of 10 European startups that are currently serving the vegan community:

allplants is a London-based startup that delivers ready-made vegan meals right at the doorstep. Founded in 2017 by brothers Jonathan and Alex Petrides, allplants mission is to ‘make it effortlessly easy to eat more plants’, delivering chef-made, vegan meals ready for reheating at home. The 100% plant-based dishes are ‘quick frozen’ to lock in freshness, then stored at the customer’s own freezer to cook and eat when needed.  Packaging is 100% recyclable, partly compostable and mostly reusable. This delivery service can be accessed either as a one-off or on regular subscription. Allplants’ contends that switching to a plant-based diet is the most impactful way to reduce environmental footprint and improve health at the same time. To date allplants has served over 250,000 vegan meals and has continued to build a ‘community’ of plant-inspired foodies. In September of 2018, allplants raised £7.5 million in what is said to be the largest Series A round for a UK-based vegan company.

Feed is a Paris-based food startup that offers meal replacements that are vegan, gluten, lactose and GMO-free. Founded in 2017 by Anthony Bourbon, Feed calls itself a ‘smart food’ company with a difference. Feed does not advocate replacing the traditional diet, as it believes that food should be enjoyed. Its complete meals are designed for everybody – not just health buffs – but more importantly, anyone who does not have the willpower or time to prepare a traditional meal. Feed meals exist in the form of bars, drinks and shakes. They are convenient and affordable; its complete and balanced meal (100% nutritional requirement in one meal) starts at £2. Feed intended to expand to other countries with this fresh funding. At present, Feed is widely available in stores in France and can be purchased online and delivered to 30 countries within Europe. It has become a strong brand, cultivating an online presence and community of followers and consumers.

Simple Feast is an organic, plant-based food company that delivers weekly boxes of ready-to-eat meals, straight to the doorstep. It was founded in Copenhagen in 2015 by  Endomondo founders Jakob Jønck and Thomas Stilling Ambus. Simple Feast is now taking the Danish culinary experience global along with its mission to provide weekly meals that are ‘sustainably produced’, organic, and ‘delivered straight to the doorstep’ in biodegradable boxes. Simple Feast’s target demographics are families, with parents in their 30s and 40s. It competes with restaurants and aspires to disrupt the meal kit industry with its climate-friendly, plant-based food that does not make compromises on taste or convenience. In August 2018, the startup raised a $12 million round of funding led by Balderton.

Huel – Launched in 2014 in the UK by serial entrepreneur Julian Hearn, Huel is a range of nutritionally food product. Huel (from ‘human’ plus ‘fuel’) is  a powdered meal replacement designed for busy, pressed for time people. Ingredients include oats, pea protein, flaxseed, brown rice protein, a bespoke vitamin and mineral blend and vanilla flavor, with optional flavor boosts such as strawberry, banana, chocolate, cappuccino and chocolate mint. Users can mix it with water or plant-based milk in a portable beaker. Huel claims it contains all the proteins, carbohydrates and fats a person needs on a daily basis. The entire Huel range also includes snack bars and cereals. Everything is vegan and made with minimal waste and packaging, with all ingredients making it into the products and the powder shelf life of 12 months.

Since its launch, Huel has consistently logged growth. In 2017, Huel reached £14.1 million in turnover and projected a global turnover last year to £40 million. Its launch into the US in mid-2017 has seen this market overtake the UK one already, with $10 million in sales in year one. Huel has also been profitable since day one and has achieved this through strong direct online sales and careful watch over its expenditures. It came as no surprise that in October 2018, Huel raised £20 million in its first external funding since its inception. Today, Huel claims to have sold over 50 million meals in over 80 countries.

Algama is a Paris-based alternative food technology company that is harnessing the protein-rich potential of microalgae into a tasty, sustainable daily food source. Founded in November 2013 by three childhood friends Alvyn Severien, Gaëtan Gohin and Mathieu Gonçalves, Algama has offices in Paris and New York and its R&D Center and Food Lab teams in Génopôle (Evry, France), France’s first biocluster. It now employs 50 employs and has a worldwide distribution of  its product lines. In June 2016, Algama raised Series A round of € 3.1 million led by Blue Horizon Ventures (contributing €1.5 million), with participation from existing shareholders VegInvest and Beyond Impact. In the same year, Algama launched research projects at CNRS and INRIA, two top French research institutions.

Vivobarefoot – UK-based Vivobarefoot has been producing minimalist shoes and championing the barefoot movement for some time, with its shoes with patented ultra-thin puncture resistant sole that offers maximum sensory feedback and protection. But in the Spring of 2019, Vivobarefoot unveiled its BIO line of shoes – vegan shoes that consist of high-performance foam made using algae biomass. Vivobarefoot claims that these vegan, plant-based shoes are the least petroleum-reliant performance shoes in the market, using over 30% biomaterials – corn, natural rubber and algae. The vegan shoes also use recycled PET plastic bottles. Vivobarefoot intends to push the bio-composition of its vegan shoes to as close to 100% as possible.

In 2016, Vivobarefoot launched a successful crowdfunding campaign via Crowdcube, surpassing its target amount of £750k and raising a total of £1,308,850 (174%). In its Crowdcube campaign, Vivobarefoot disclosed that it has been profitable since 2014, with sales of £10 million and growing at 30% a year. Today it sells 75% of its shoes directly to consumers via its online shop, and the rest via wholesale and Vivo stores. Its main stores are in London and is expected to launch more physical stores across Europe, the US and Canada.

Strong Roots offers frozen vegetables and vegan products including pea and wakame seaweed burgers, cauliflower hash browns, broccoli and purple carrot bites. The Dublin-based company, founded in 2015 by Samuel Dennigan, has been reported as the fastest growing food and drink brand in the UK since its launch in 2017, and is currently stocked in over 3,000 locations in the US. It achieved a strong brand presence and commercial success in its home country shortly after it was founded. Strong Roots offers a range of tasty plant-based food designed for busy lives. Just a couple of days ago, Strong Roots raised $18.3 million in funding from the private equity firm Goode Partners. With the funding, it is set to increase its presence in the US and expand its research and development efforts to provide more functional foods and nutrients.

M*lkman is the modern take on the old school milk-delivery model but instead of cow’s milk, M*lkman delivers nut milk. It comes in nutty flavors like chocolate and coconut, pistachio, oats, almonds, cashews and many others. Like the old school milk service, its milk comes in recyclable glass bottles, delivered straight to the consumer’s doorstep and consumers in turn can leave their empty bottles for M*lkman to collect. Founded in 2017 by Jamie Chapman, M*lkman gives importance to sustainability and the use of plant-based products. Its milk contains 12% nuts, the highest in the nut milk industry. It also donates 10% of its profits to Greenpeace. In July 2018, M*lkman received an undisclosed financial backing from VBites Ventures, the direct investment portfolio of former model and vegan Heather Mills. The current product range is limited to milk, but Jamie Chapman plans to launch coffee drinks and other waste-free products such as nut butter.

Sanikai is a Swiss based ethical & vegan fashion brand that represents style & quality in a conscious way. Founded in Spring 2015 in Zurich, Sanikai’s philosophy hinges on responsibility for our only planet, and the love of natural and recycled materials combined with Swiss perfectionism. It prides itself with its timeless designs made with the highest ethical & quality standards. Sanikai manufactures its products in Thun, Switzerland where a training center with up to 60 seamstresses and clothing designers are trained. For every garment, Sanikai pays maximum attention to fabric selection, fitting, and perfect quality. It uses materials that are environmentally and animal-friendly like certified organic cotton, Swiss organic cotton, organic linen, ramie, recycled plastic bottles, regenerated nylon and recycled or certified organic virgin-wool.

The Vurger Co. – Based in London, The Vurger Co. provides tasty, 100% plant-based burgers for its customers. It started as a small, street food style market stall in 2016, and developed into a full-service restaurant in Shoreditch by March 2018. In the summer of 2018, the brand launched a series of successful pop-up stores and participated in food festivals, garnering a huge fan base which helped it surpass its target of £180k at the crowdfunding platform Crowdcube. After 77 hours of crowdfunding, it raised a total of £300k. In the same year it raised an additional £600k from existing and new investors. In between raising funds and opening its first site, it managed to launch a test range of eat-at-home burgers, sold in every Planet Organic store in London. However, with the impending opening of its restaurant, and the explosion of sales with products, it didn’t have the manufacturing ability to service both. But by June 2019, it was able to bring back these products into Planet Organic stores across London.