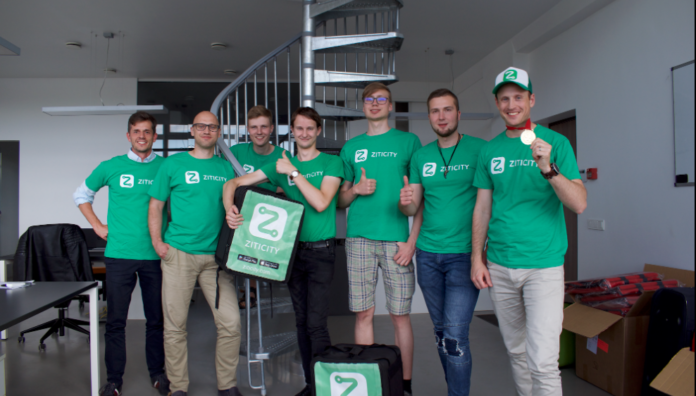 Delivery speed is becoming increasingly important for European e-commerce. However the majority of local e-shop owners are unable to offer costumers with same-day delivery – the new expected standard raised by industry giants such as Amazon. As a result, one out of four customers abandon a shopping cart if same day delivery is not available.

Founded in 2017, the startup has since been building a solid track record. In February, Ziticity received a €50k investment from the Latvian Business Angels Network at the TechChill conference in Riga. In March, it won first place in the Base Camp hackathon in Tallinn out of 100 startups, and we featured it as one of our 10 Lithuanian startups to look out for in 2019. In May, the startup was one of the finalists in the EU-Startups pitch competition.

“Amazon has became the biggest online retailer in Europe,” explained Ziticity co-founder and CEO Laimonas Noreika. “Moreover, they are investing $800 million to enable free one-day shipping for Prime members. This means even more consumers are going to get used to having whatever they order show up at their doorsteps in 24 hours or less. Never has the need been greater for the rest of e-commerce to stay competitive and meet these changing customer expectations. We are privileged to enter the market at this particular time and give merchants even better tool to compete – 45-minute delivery.”

The company helps small merchants to fight the menace of Amazon in Europe with a platform that connects their e-commerce stores with gig-economy workers trained for fast package delivery. On its platform anyone can sign up to be a “Zitter” and earn a little extra money in their free time delivering packages, documents, and other items from pick-up points to customers throughout Vilnius and now in Tallinn, with an average delivery time of 42 minutes. The startup is already working with major delivery services and planning collaborations with supermarkets in the future, as well as expansions to more cities.

“The difference between good company and amazing company is the quality of the founding team. We believe that Laimonas and the Ziticity team have what it takes to become the next European success story,” said Rain Rannu, managing partner of Superangel, an early stage fund with offices in Estonia and Silicon Valley.