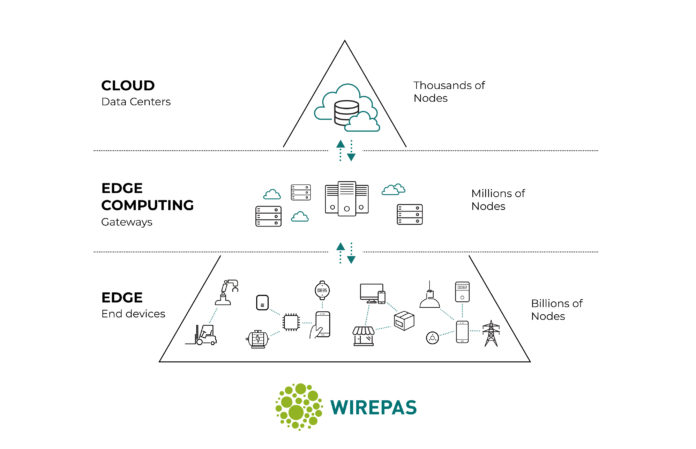 Tampere-based Wirepas has built a wireless connectivity platform for the Industrial Internet of Things (IIoT), and to enable the broad adoption of massive IoT.

“I am delighted to have Tesi and KPN Ventures joining as Wirepas investors and board observers,” said Andrew Gilbert, Chairman of the Board at Wirepas. “It is now clear that massive IoT networks are at the breakout phase and mesh networking from Wirepas is uniquely enabling that to happen.”

Wirepas will focus its investments on increasing the reach of the global Wirepas ecosystem as well as on continuous product development. Over the last three years the company has built an ecosystem of semiconductor, module partners, OEMs and System Integrators to serve end users around the globe, resulting in the shipment of millions of Wirepas enabled devices. Today, Wirepas Mesh is being used to connect smart meters, lights and other assets in supply chain and logistics to reliably deliver the data needed by enterprises to boost their competitiveness and sustainability.

The startup has recently signed clients including Prologis, Maersk and Fujitsu, adding to Wirepas’ existing customer base of over 100 companies and offering further proof of the competitive advantage of Wirepas Mesh.

“We are clearly seeing that the Massive IoT market is maturing as evidenced by our customers and partners: no longer is it about testing and piloting,” added Teppo Hemiä, CEO of Wirepas. “We believe in the power of ecosystems where specialized vendors combine their competencies and passion to serve the customer. Together we are delivering concrete and tangible benefits to enterprises wishing to boost their efficiency and sustainability through the adoption of massive IoT. Our connectivity platform is field proven and meets the needs of a plethora of market needs ranging from asset tracking to smart cities and lighting. Wirepas increases end user return on assets significantly and aims to become the most pervasive connectivity system for massive IoT.”

“We were convinced that Wirepas technology is a key enabler for Industrial IoT adoption especially in use cases where massive, cost efficient scaling is required,” said Juha Lehtola, Director of Tesi Venture Capital. “A number of global blue-chip customers are currently adopting the Wirepas mesh technology, which alongside economic benefits also drives positive environmental impact and resource efficiency and thereby supports our responsible investment principles. As a European company with global ambitions, Wirepas is also a natural fit with the EFSI programme.”

Tesi’s investment in Wirepas is the first to take advantage of the new financial mechanism between the European Investment Bank (EIB) and Tesi, paving the way for large investments in growth companies. Tesi is the EIB’s first partner in the Nordics, channeling financing guaranteed under the European Fund for Strategic Investments (EFSI) to SMEs.

”When we formed this co-investment platform with Tesi, this is the kind of investment we had in mind,” added EIB vice-president Alexander Stubb. “Although already quite competitive, in the Finnish equity investment landscape especially larger equity investment rounds were seen to be lacking investor support. This is a clear example of what Europe, and in particular the EIB, should be doing; to support innovation and improve peoples’ lives by strategic investments. We’re definitely looking forward to seeing more of these investments.”

Wirepas was founded in 2010 as a spinoff from Tampere University, where it was part of a research program to connect an unlimited amount of environmental sensors wirelessly. Since 2014, the company has provided a hardware-independent radio communications protocol based on a decentralized network topology, using a software licensing model. Wirepas shareholders include founders, Inventure Investment Fund from Finland, Vito Ventures from Germany, ETF Partners from the UK, management shareholders and private investors. The company employs approximately 50 people in nine countries.