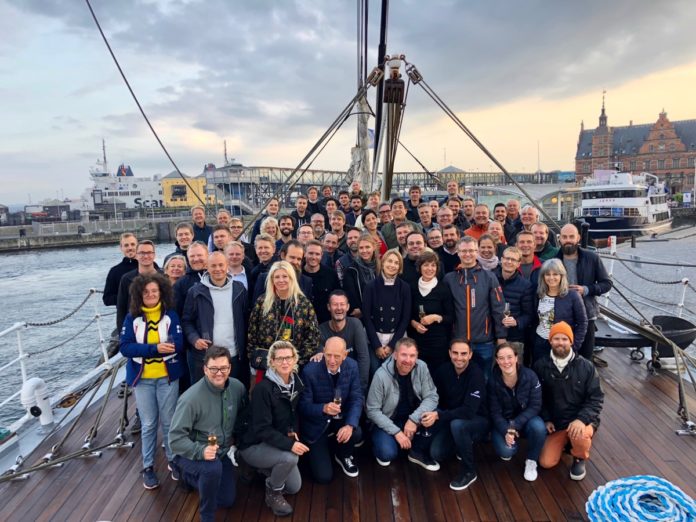 Copenhagen and San Francisco-based byFounders, an early-stage VC fund, has launched its initial fund of €100 million to support the next generation of Nordic and Baltic tech startups to scale up and expand globally, with plans to make over 30 investments in the next three years.

A shortage of local funding sources has pushed many Nordic and Baltic startups to relocate to the US when they wanted to expand beyond the region and access additional funding. byFounders plans to change this by strengthening ties between Silicon Valley and the Nordics.

“We need to build a better bridge that can help early European stage firms to plug into the Silicon Valley network and scale quickly without having to relocate,” explained Heini Zachariassen, founder of Vivino. “byFounders was created to help bridge this gap, and I’m looking forward to giving something back and helping to strengthen the Nordic ecosystem even more.”

“It’s natural for every tech ecosystem to compare itself to Silicon Valley but the Nordics has established itself as a true birthplace for unicorns and high-growth companies with numerous billion dollar exits,” said Tommy Andersen, Managing Partner at byFounders. “The region can and will compete with any other place in the world when it comes to fostering and growing companies, and I believe the opportunity for large exits will only increase over time.”

Backed by an impressive collective of founders who created some of the region’s most renowned companies including Skype, Zendesk, Kahoot, Unity, Tradeshift, Sitecore and Vivino, byFounders’ portfolio companies benefit from unique access to deep industry and operational knowledge as well as an extensive global network and a gateway into Silicon Valley.

byFounders is well-positioned to support the next generation of globally ambitious startups through several rounds, but the fund will focus on seed and occasional Series A rounds. Whether through scaling, introductions, referrals, recruiting, global expansion or raising further funding rounds, byFounders’ portfolio companies find the advice they need in its 50-strong and growing collective. Currently, byFounders has invested in 11 portfolio companies: Corti, Peergrade, Simple Feast, Cobalt, Spiio, SafetyWing, Drugstars, Omnio, Qurasense, Tame and Uizard.

“byFounders provides early-stage founders with unrivalled access to knowledge, expertise and insight from some of the most successful Nordic entrepreneurs,” said Morten Primdahl, co-founder of Zendesk. “The support and operational guidance available from such a broad group is unique, and has the potential to play a major factor in the success of the next generation of startups from the region.”

“Our technology has the potential to save a huge number of lives around the world, but to do that we needed to be able to scale quickly, and byFounders has been instrumental in making introductions not just in Europe, but in the US as well,” added Lars Maaløe, co-founder & CTO of Corti.

“byFounders was established on the firm belief that founders are well equipped to become excellent investors,” explained Eric Lagier, Managing Partner at byFounders. “Having been in the entrepreneur’s shoes makes a huge difference when providing critical support to early-stage founders. Not only does it allow founder and investor to see eye-to-eye on the challenges facing a high-growth startup, it also makes for superb pattern recognition. Knowing what it takes to succeed, byFounders is geared to spot great potential early on.”