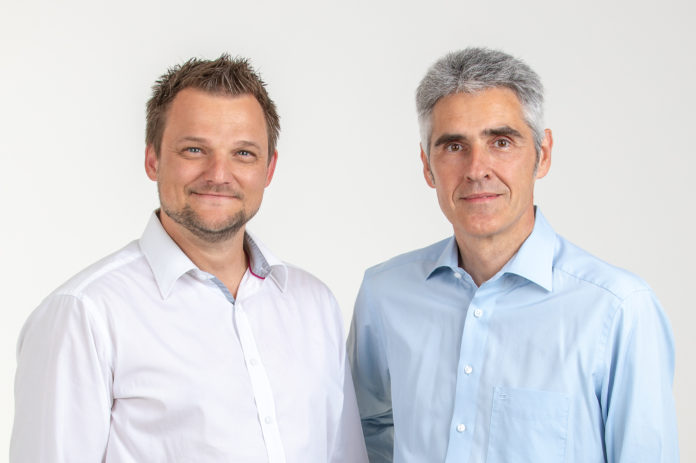 Graz-based SteadySense has developed a unique method of identifying a woman’s most fertile days. Founded in 2016, the startup has just raised a round of €6 million led by eQventure.

At the heart of SteadySense’s new product is an intelligent temperature measurement sensor embedded in an adhesive patch that, in combination with its femSense app, enables women to get pregnant much faster. The femSense Kinderwunsch Conception Support Patch is a discreet skin coloured patch made of biocompatible materials.

“Our patch is affixed under the arm and worn during the menstrual cycle for a period of five to seven days,” said founder and CEO Werner Koele. “The patch measures the body temperature continuously and stores the data until it is read via NFC by a smartphone. The femSense app processes the data using a self-learning algorithm and displays the fertile days in the app. This is the basal body temperature method 4.0.”

“During the day the temperature of the human body varies but remains more constant while sleeping,” said Dr. Michael Schenk, who has accompanied the product development of femSense since the founding phase. “During ovulation, the body temperature rises by 0.2° C to 0.5° C. This is the so-called basal temperature jump. While conventional methods measure only the warm-up temperature, femSense measures and compares temperature curves over several days, reliably detecting ovulation.”

The cycle tracking app helps women understand their bodies better, because it combines a menstrual diary in calendar form (fertile days, menstruation), as well as documenting moods and symptoms with visualised statistics. The cycle tracker can also be used independently of the femSense Kinderwunsch Conception Support Patch as a first step on the way to having children.