Goodbye Silicon Valley: 5 good reasons why it doesn’t make sense to move to the Valley to build your startup 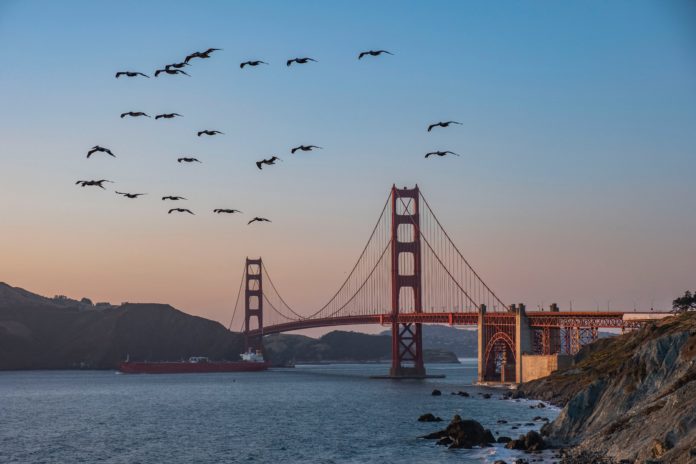 Silicon Valley has been capturing the attention of the world for decades as the place to be if you want to hit it big with your startup. The flow of investment capital there is higher than many GDPs combined.

Because the advantages may be more than evident and because there is a lot going on there, you may be tempted to pack up and relocate to the Bay Area. But what are the pros and cons of moving to Silicon Valley to build your startup in comparison with Europe?

A key reason to go to Silicon Valley is that venture capitalists there have more funds to invest than their European counterparts. This includes both initial funding and growth phase, where Europe has less opportunities.

Silicon Valley is a relatively small 67 kilometer corridor between San Francisco and San Jose. It concentrates five factors for startup success: research, entrepreneurs, talent, capital and established companies. Entrepreneurs began creating companies there 60 years ago, while in Europe the startup scene only began growing about two decades ago. Technology giants as Apple, Google, Cisco, Intel, Oracle and Hewlett Packard all grew in the fertile ground of the Valley.

Although the more valuable US corporations are in tech, the biggest European companies are in traditional sectors like energy, banking, pharmaceuticals, manufacturing, banking, insurance and food. And while capital has more impressive numbers in Silicon Valley, hiring costs there are through the roof for engineers, programmers, scientists, as well as rents for offices and apartments. For a startup that can be the difference between a few months’ or a few years’ cashflow stamina until their product hit the market and it has stable revenue streams.

Important to note is that Europeans’ mindset toward startups has been changing over the past decade. Most students used to seek employment with established companies and big industrial groups. Today, embracing entrepreneurship is seen as a legitimate career path, the contrary vision of a few years ago.

So before packing your bags to go off to Silicon Valley, consider these five characteristics of the European startup and tech ecosystem:

The current mentality in Europe doesn’t look favourably upon the American entrepreneurs’ approach of attracting as much investment as possible in order to dominate their market or sector, and only then making the business viable. European entrepreneurs focus on creating sustainable and viable businesses, many times bootstrapping their way to their first investment round for external investors. Burning money to make money – as is often seen in American startups – is a no-go in Europe and not well regarded.

Paris, Munich, Zurich, Copenhagen, Barcelona, Lisbon and Amsterdam are growing in importance compared to the old winners London, Berlin and Stockholm. These cities have created incentives to attract startups and generate tech jobs, making them hotspots for innovation.

Also, Europe is going through a phenomenon called decentralised concentration, where those hubs are not physically in the same location but as they are connected, companies in these hubs are collaborating and learning from each other, while also competing among themselves. This comes from a culture of university incubators, scattered research centers by specialty and strong industrial internship programs.

Startups everywhere require at least five important elements for success: a research and development base where the ideas can flourish, risk-taking entrepreneurs, educated employees, funding for the initial and the growth stages and established tech companies. These last ones are needed in the framework so that they can invest in or buy strategically interesting startups.

The European tech sector has excellent research centers in top world universities in the continent; creative entrepreneurs and talented employees. However, it falls behind Silicon Valley in growth stage funds availability and in established tech corporations ready to make investments and acquire startups.

In Europe, companies can easily relocate themselves in order to take advantage of funding opportunities, lower operational costs than in their home cities, and to take advantage of untapped talent pools. Berlin, Amsterdam, and Lisbon are being invaded by foreign-born entrepreneurs, because of the ease to hire tech talent and the relatively cheap rents.

For example, even with Brexit, little can stop a British startup from going to Berlin, Amsterdam, Copenhagen or Lisbon.

About 50% of the world’s best computer science universities are based in Europe. In addition, both private and government investment are available, many times without the request of equity in the startup.

Today, if a startup wants to be at the forefront of blockchain and decentralized technologies, it would better be going to Berlin, Zurich, London or Munich rather than San Francisco. In some niche areas, Europe is already racing ahead of Silicon Valley.

By the way: In order to stay up to date regarding startup advice, tech events and funding opportunities in Europe, please make sure to also subscribe to our weekly newsletter.

Europe is on the rise as a global investment destination, according to new survey