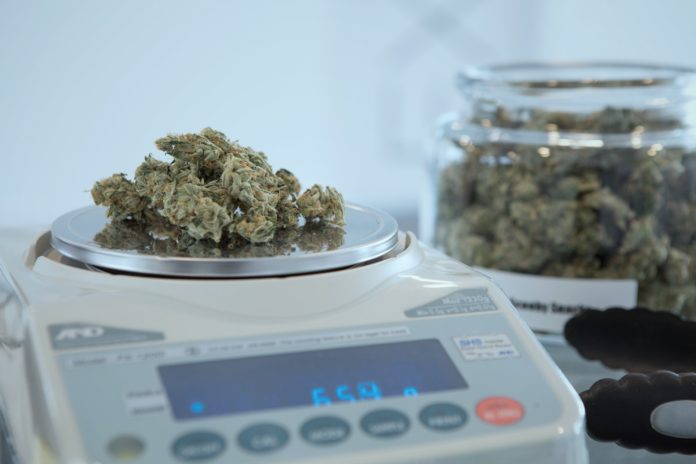 Cannabis regulation in the EU remains a patchwork of local and national regulations. In some respects the marijuana market is already mature. In Austria, for example, it is legal to grow marijuana so long as the THC-containing buds are not sold, so the country has a relatively developed retail and wholesale cannabis nursery industry that supplies legal growers across the EU. In Germany, medical marijuana was only legalised in 2017, and the market is just starting to take off (with a few budding startups listed below), while the UK just received its first batch of medical cannabis last Thursday. In Spain, marijuana is basically decriminalised (though enforcement depends on the province, and smoking in public could land you a fine), and the country is also home to hundreds of cannabis clubs, though many are under threat of shutdown. And in Portugal, all drugs are decriminalised. We could go on, but it would be easier for you to check out this map for a very basic breakdown of world cannabis laws.

The EU still generally lags behind the US in terms of medical and retail cannabis deregulation, but as more and more countries trend toward legalisation, a plethora of startups are forming in niches specific to local regulations. Some startups are developing highly-engineered products for the pharmaceutical market, while other startups are focusing on products with little to no cannabidiol (CBD) or tetrahydrocannabinol (THC), the medicinal and psychoactive components of cannabis, respectively.

Banks and financiers are often reluctant to back these startups for fear of getting caught up in a web of international drug-trafficking laws, so they often operate on low-budgets, around the edges of existing law – but this is changing as the laws do, and we are starting to see some cannabis startups receive some serious funding.

So without further ado, here are 10 dope startups innovating in the marijuana industry, that will help get you high, informed, or just plain healthy:

Based in Barcelona, Harmony is exploring the frontiers of cannabinoid science, with the objective of creating the most efficient, affordable hemp-powered products on the market to bring wellness and harmony to people’s lives. Harmony uses certified, legal hemp as a source of cannabidiol (CBD) and terpenes, two legal components of hemp that have a range of applications. CBD is said to be useful in treating epilepsy, Alzheimer’s disease, Parkinson’s, anxiety, depression, and even schizophrenia. Unlike THC, CBD has no psychotropic or hallucinogenic effects, making it legal in most countries. Founded in 2014, Harmony creates products including CBD vape pens and CBD e-liquids in a variety of flavors, which are distributed by more than 2,000 retailers worldwide.

If you want to know what’s going on in the world of cannabis, read Newsweed. Founded in 2016 in Paris, the online publication is France’s leading media source on global cannabis news, discussing topics including the state of legalisation and its evolution, research on medical cannabis, biology, business, trends, health, celebrities, art, movies on the subject, and more. Recent articles on the site include titles such as “Will hemp save bees?”, “UK receives first batch of medical cannabis”, “Edelgreen: first European farm to obtain a permaculture label for its cannabis”, and “Hawaii and New Hampshire set out to legalize cannabis”. Marijuana is going through exciting times, and Newsweed will keep you up to date about all things weed. Still working on your French? Don’t forget to use your Google translate extension.

MedPayRx is an insurtech and medtech startup aiming to take “the pain and the paperwork out of prescriptions”. With one simple app, MedPayRx connects medical cannabis patients, doctors, insurers, and pharmacies in Germany. MedPayRx not only serves cannabis patients, but anyone in need of a prescription, especially those that need special approvals. Through its platform, patients can find prescribing doctors and friendly pharmacies, as well as manage their prescriptions and insurance payments. Founded in 2017 and based in Frankfurt, MedPayRx also uses blockchain technology to create smart contracts for anonymous and secure transaction management.

Based in London and founded in 2017, Prohibition Partners aspires to be the world’s foremost source of independent data, intelligence and strategy for the cannabis industry, expecting that their data, insights and education efforts will unlock the societal and commercial potential of cannabis. Prohibition Partners’ consultancy team works with investors, operators and regulators to identify and execute opportunities across multiple jurisdictions. The startup advises private clients on licensing, regulatory and business opportunities, while its research and content teams routinely share the latest legislative developments and key trends in the industry – information that is regularly cited by political leaders, investment banks and Fortune 500 companies. Prohibition Partners publishes a weekly newsletter and longer-format regular reports on the industry, and claims and names some 30 partner corporations worldwide, including major pharmaceutical firms.

Looking for cannabis products? Look no further. Founded in 2015, Hanfgarten is an Austrian online retailer of CBD products, and one of the biggest distributors of hemp products in Europe. The online shop sells CBD oil, hemp seeds, plants, “grass”, cannabis-based wines and teas, and even lots of fun accessories to go with them, like growing kits, fertilizers, LED lights, vaporizers, soap, incense, and room sprays. The startup ships across Europe, as long as the product is legal in your country. The website also features its own magazine with cannabis-related articles including delicious recipes and tips and tricks. Based in Graz, Hanfgarten closed a seed round of funding of €300k in April 2016.

Cologne-based medical marijuana startup Cannamedical Pharma GmbH is one of Germany and the EU’s leading cannabis wholesalers. Its products include high quality cannabis varieties, cannabinoid oil, medical marijuana grinders, and patient ID cards to treat medical conditions including cancer and chronic pain. Currently around 60,000 patients in Germany have a license to use medical cannabis, and independent research shows that up to three percent of the population could benefit from treatment, equating to approximately 2.5 million people in Germany. For the EU as a whole, the patient population could eventually be around 15 million patients. Founded in 2016, Cannamedical just raised €15 million in a Series A round in January – the largest equity investment in a European cannabis startup to date.

Since the 1920s, research and development of cannabis-based products has been largely restricted or banned. Frankfurt-based pharmaceutical startup Farmako plans to catch up on this research backlog of almost 100 years. Medical cannabis has many therapeutic applications, including treating chronic pain and improving the lives of cancer and AIDS patients. Farmako is active in all European markets that have so far created a legal basis for cannabinoid therapies, conducting research and developing cannabis-based products. Just founded in 2018, the pharmaceutical startup received a seven-digit seed funding round in December 2018 from the German health tech platform Heartbeat Labs. The company plans to release information about its first patent in early 2019.

Based in Copenhagen, Growbud markets Bud, an iOS app that maintains a visual journal of growers’ crops. Incorporating photos allows the grower to monitor every phase of a crop’s growth cycle. Growers can also share their journals amongst other growers, botanists, or with corporate headquarters, to get feedback on their crop’s health. Recognising that privacy is important to growers, all images are stripped of metadata before being stored and shared.

As more and more governments legalise marijuana, the Duillier-based Swiss company Hempfy expects comestible cannabis to replace smoking and alcohol as the world’s preferred social drug. However cannabis is a plant not widely prized for its flavor. To address this problem, Hempfy has developed and is marketing cannabis infusions that “bring out the best flavours and aromas from the cannabis plant, by perfectly balancing the gentle herbal bitterness, a rich taste and light carbonation”. For the present, Hempfy products are made from low-CBD strains of cannabis that have no known psychoactive effects (though this could change as the law does). Hempfy also produces a Cannabis Essential Oil via steam distillation of natural hemp from Switzerland. According to its CEO Constantin Marakhov, Hempfy received Swiss government clearance to develop its THC-free beverages and essential oils in 2017, along with the blessing, if not the public participation, of Switzerland’s powerful pharmaceutical industry. Founded in 2016, Hempfy was the first project posted on the Swiss Beedoo crowdfunding platform in December of 2017.