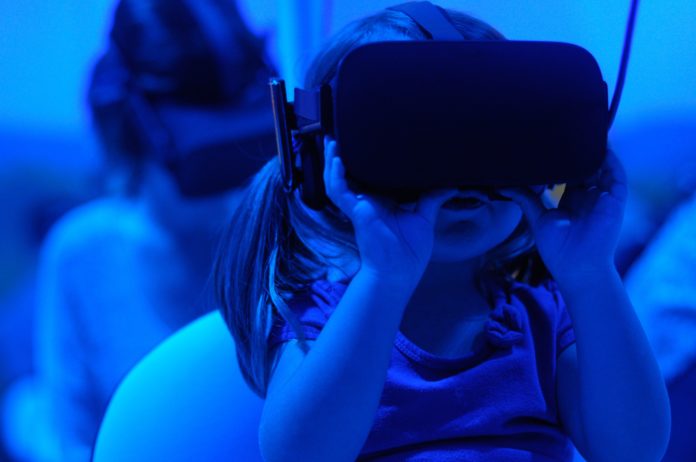 Virtual reality allows you to immerse yourself in another world – a classroom, a difficult situation that allows you to problem solve, a fun game, a new home, or in nature – using headsets such as Oculus Rift or Samsung Gear VR. Only recently having been developed for commercial purposes, a flood of startups using virtual reality have been emerging in the past few years with applications ranging from therapy to education, gaming and industrial applications, real estate and construction, and to provide meditation and relaxation experiences to deal with the pressures of modern life and avoid employee burnout.

Here are 10 recently founded startups that have been innovating in the virtual reality space to look out for in 2019 and beyond:

Oxford VR – This startup is revolutionising therapy using virtual reality, building psychological treatments using state-of-the-art immersive technology. The startup’s focus is on developing VR-based, clinically validated, and cost-effective cognitive treatments for clinical conditions that will have a significant impact on patients, the health system and wider economy. Using VR and a cognitive-behavioral therapy approach, patients can go into the situations they find difficult and practise more helpful ways of thinking and behaving – something impossible to do in face-to-face therapy. The treatments are automated and delivered by a virtual coach, with simulations adapted to each condition. Founded in 2016, Oxford VR raised £3.2 million in September 2018.

Immersive VR Education – Based in Waterford, Ireland, this startup uses virtual reality to transform education and corporate training through virtual reality. Its online virtual social learning and presentation platform, ENGAGE, provides a platform for creating, sharing and delivering proprietary and third-party VR content for educational and corporate training purposes. ENGAGE allows any virtual environment to be created – for example a replication of a real-world workspace or a place in which it would be impossible, dangerous or cost prohibitive to visit in real life – like the bottom of the ocean, the surface of Mars, a disaster zone, ancient Rome, an architectural model, an artist’s 3D painting or even a journey into the human body. Founded in 2014, the startup has raised €1 million to date.

Varjo produces an industrial-grade VR / XR headset that allows professionals in sectors from aerospace to architecture to work in human eye-resolution quality virtual or mixed reality when designing new products. The headset can be integrated with the world’s most popular 3D engines and software tools. Unlike devices such as Magic Leap, HoloLens, and HTC Vive Pro, Varjo’s product can be used in fields where extreme precision and visual accuracy are necessary, and the startup is already collaborating with major companies such as Airbus, Audi, Lilium, Saab, Sellen, Volkswagen, and Volvo Cars to optimise the headset for their respective business sectors and needs. Founded in 2016 and based in Helsinki, the startup raised $31 million in Series B funding in October 2018.

HypnoVR – Founded in 2016, HypnoVR just began marketing its medical hypnosis virtual reality solution to improve the management of patient pain, stress and anxiety. Using virtual reality headsets like Oculus Rift or Samsung Gear, HypnoVR’s solution places the patient into an intense multisensory tridimensional immersion experience. The technology is currently being used in applications for pediatric surgery, gastroenterology, gynecology and dental surgery. The startup, based in Strasbourg, has raised €700k to date.

Founded at the end of 2017, Zurich-based proptech startup HEGIAS has developed a browser-based, virtual reality CMS solution with applications for architects, construction companies, homeowners, brokers, and interior designers. Currently, the startup is focusing on the construction industry, where it is used to prevent building errors, as well as in real estate, but plans to be applicable for any VR content in the near future. HEGIAS has recently surpassed €900k in funding, after raising €450k in August 2018 in an ongoing Series A round from a range of investors, in which it expects to raise a total of €2.1 million by March 2019.

Zenview offers “relaxation in a new dimension”, providing the “first fully VR mindfulness solution, tailored to the individual needs of employees and companies” to avoid “low productivity, serious health issues and burnout”. When it comes to avoiding and treating stress, Zenview delivers a VR prescription of 10 minutes of meditation per day, “enough to reduce negative feelings and significantly increase overall performance”. Monthly usage reports let the employer learn more about employees’ usage, which emotions are most frequently selected, which environments are chosen, and how much time employees spend relaxing. Zenview was founded in Luxembourg in April 2018.

Svrvive is a Stockholm-based studio that develops VR/AR games. The creative talents behind Svrvive are a bunch of self-proclaimed “immersive gaming nerds” who, in just a few years, already managed to publish three titles: Krystal Kart, Kartong – Death by Cardboard!, and SVRVIVE: The Deus Helix. All of them are immersive adventures available for purchase on Steam, Viveport and Oculus Home! Founded in 2016, the startup has already raised around $1.5 million.

Icaros takes virtual reality to the gym. The Icaros VR system recreates typical action environments like racing and interacts with standard off-the-shelf VR headsets and smartphones for basic control. The fitness component is a full-body workout machine uniquely designed to rotate on three axes, shifting the user’s body weight to different muscle groups while synchronizing the user’s physical movement VR simulations like flying and diving. The base price for a home model is €2,000, with pro models available for installation in gyms. Whether in the gym or online, Icaros also offers multi-user VR experiences and games. Based in Martinsried, Germany, and founded in 2015, the startup has raised $3.5 million to date.

YADO-VR describes itself as a 3-D modeling company. Based in Eindhoven, the startup deploys systems to collect and process LIDAR (Light Detection And Ranging) data. The holy grail of LIDAR 3-D modeling is the autonomous vehicle, and the company clearly seeks to play in that space, also delivering solutions for “ranging and processing objects such as traffic signs, lightpoles, trees, roofs and any other object after being trained by our solution”. Also offering solutions such as crowd mapping, asset management, and gaming frameworks, Yado-VR received a $100k seed round in June 2016 from TMI Investments BV.

Giraffe360 has developed technology to give 3D virtual reality tours of real estate. Since the creation of its first prototype in 2016, the startup has developed the highest quality property presentation technology in the world, delivering 270 megapixel resolution photography. Its client base now spans the UK and seven other European countries, including estate agents such as Hunters, John Taylors and RE/MAX. Founded in Latvia, the startup just moved its headquarters to London after raising its second funding round of €1.1 million.