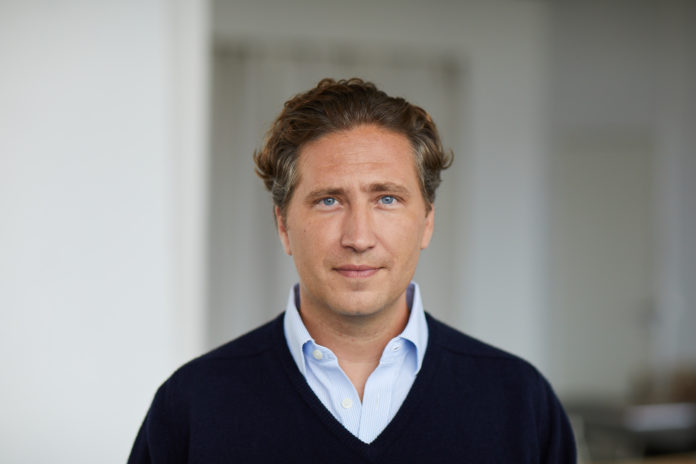 After becoming an entrepreneur right out of university, Max Niederhofer made his first successful investment in Last.fm in 2007. He has been an active investor ever since, and is now a partner at Sunstone Capital, one of Europe’s leading early-stage venture capital firms. With offices in Copenhagen and Berlin, Sunstone has so far backed 50 startups across Europe, including Boozt, GetYourGuide, and Prezi. Sunstone now manages just under €400 million in capital, and is actively investing from its fourth fund.

An outspoken expert on venture capital and European startups, below we interview Max about what he looks for when making an investment, changes and trends in the European tech startup ecosystem, Brexit, and much more.

Max stresses that his views are his own, and don’t represent Sunstone Capital or its partners. However if you’re curious to know more about him and his thoughts, you can check out his blog, or follow him on Twitter.

What is your background, and how did you come to be a partner at Sunstone Capital?

I started my first company straight out of university. Made a bit of money from it and became an angel. My first investment was Last.fm, which ended up backed by Index and was acquired by CBS for $280 million in 2007. And so I was hooked: I joined Atlas Venture as an analyst, then was promoted to associate, then principal. Took a break to do another company: Qwerly, which we sold to Fliptop, which was in turn acquired by LinkedIn. Then worked briefly for Accel Partners in London before joining Sunstone Capital in 2013.

We’re now investing out of Sunstone’s fourth fund, $130 million, Series Seed and A, across Europe and occasionally in the US. Focus is on how tech is changing how we live, work, eat, move, play, love… It’s creating an unprecedented opportunity to build massive consumer brands. Across all sectors, around the world. This is a golden age of entrepreneurship.

What are some startups you’ve recently invested in and why did you choose them? What have been your most successful investments?

Most of our recent investments remain undisclosed. You used to announce an investment round right after the deal was signed and the money was wired. Now most of the market announces once it’s time to raise more capital. So let’s talk about some of our recent announced deals:

We led Copenhagen-based Grandhood’s Series A. Grandhood is bringing pension plans to the employees of SMEs, those traditionally neglected by the large pension providers. Again, big market meets an exceptional team.

We also led Taster’s Series A in Paris, with Localglobe and GFC. Taster is the next iteration of the food delivery revolution. People now spend more on eating out than eating at home and we like to invest where consumer spend and expectations are going. Taster optimizes food for delivery, making sure you can get nutritious and fresh food in record time. We think it’s the best of fast and good food.

My most successful investments so far have been Last.fm (acquired by CBS for $280 million, 100x), Onefinestay (acquired by AccorHotels for $180 million, 10x), Audibene (acquired by EQT, undisclosed), Kitchen Stories (acquired by Bosch Siemens, undisclosed). The companies that are still private but that are doing exceptionally well are GetYourGuide, Lillydoo, HeyJobs, and a few others. For Sunstone our headline successes are Boozt (IPO on NASDAQ in 2016), and private companies like Prezi, Neo4J, Natural Cycles, and many others.

Our funds are consistently some of the top performing ones in Europe.

Can you tell us about the sectors you are focused on, and some of the trends you are seeing within them?

We focus entirely on consumer investments, so B2C, marketplaces, platforms. And there we’re focused on all the large segments of consumer spend, so retail/ecommerce, housing/real estate, transportation/mobility, travel, media and entertainment, communication, digital health, education, fintech. Our thesis is really: how do you build the biggest consumer brands of the next 20-30 years? That’s a very different question from what other VCs ask.

More than machine learning, perhaps, I’m fascinated by crypto. I think it has the potential to change the world in so many ways. I think the current bear market is very helpful in that the speculative capital is losing its interest and we can get back to building stuff.

How have you seen the startup ecosystem change in Europe in the past 10 years?

There’s a lot more capital, meaning there are a lot more players, newer players, different ways of financing startups. That means more rounds get done and they get done faster. It also means there are people with more experience and less experience, people working from a traditional playbook and others who are still figuring out what rules they want to play by. On balance it’s a very good time for founders to raise capital, with some caveats. The main caveat is that it’s too easy to raise too much money, and still too hard to raise small amounts for the truly exceptional, world-changing stuff. European investors remain more risk-averse than those for example in the US and China.

The first thing I look for is an exceptional founding team. For me that means: how driven are these people, do they have the grit and tenacity required, are they passionate about what they do? Can they execute well at speed? Are they able to both keep a big vision but also sweat the small stuff? Are they great salespeople? Can they convince folks to get on the bus before there even is a bus? Do they have a deep understanding of their domain and vision for its future? Are they not just great managers but potentially world-class leaders? Are they self-aware? Do they have a growth mindset? Are they intellectually honest, do they have the integrity required, do I believe they will be good stewards of our investors’ capital? How well do they recruit? Are they analytical, data-driven, but gutsy enough to make the right decisions quickly? And then finally I look for great communication skills and social cohesion in the founding team. It’s a long list – I have a scorecard. ☺

The second thing I look at is the business, obviously. The data that’s most important here is retention and referral. Those to me are the best indicators of a great product at the stage we invest (Seed and Series A). If people come back repeatedly to use/purchase, that means that I’m not just acquiring customers as a one-off. And if they tell their friends and family about it, that’s really how you get to a flywheel in a consumer business – the k factor that will drive non-linear growth.

Of course we also look at all the usual things – is this a big market, can it sustain the margins, what’s competition like, where do you acquire customers at scale, what are the repeatable/scalable marketing tactics you can use, what’s the cash cycle. But that’s pretty par for the course. I feel like on team and retention/referral, we are quite different from other folks in the VC industry in Europe.

What kind of support do you provide for startups you invest in besides funding?

We’re a bit different in that I don’t like to think of myself as a hands-on investors. I believe VCs can meddle too much. And so I like to try and help when that’s what the founders want, and I get out of their way when I think that’s what’s best.

“I like to be the person that the founders turn to when the going gets tough.”

Typically we help with strategy, fundraising, and HR. I think that’s similar to most VCs. Where I’ve tried to be different is in training to become an executive coach. My job is to help turn you from a founder of a ten or twenty person startup into a world-class CEO that’s leading a company of hundreds or thousands of employees. That’s a significant personal and professional growth journey.

I like to be the person that the founders turn to when the going gets tough. Because there will always be times when running a startup is incredibly difficult. That’s where you need our support – that’s in my opinion the “moment of truth” about VCs.

How do you think Brexit will affect tech startups in Europe?

That’s a dangerous question. I don’t think anybody knows what Brexit will look like. On balance I think stability benefits entrepreneurship and new company creation. But I think when it comes to the history of the most successful companies that are being built in Europe right now, Brexit will be a rounding error in the narrative. It just doesn’t matter that much. Founders succeed despite the odds, despite more difficult market environments, despite the naysayers.

What are governments doing to support technology startups, and what more can – or should – they do?

I think the European Investment Fund is not credited enough with essentially bootstrapping the whole VC industry in Europe. They’ve done great work and their initial investment has meant a lot of capital is now looking at European venture as an opportunity. That would not have otherwise happened.

But beyond that, I’m very skeptical. I think it’s best if governments get out of the way of innovative companies and their founders. We still have too much red tape, too many regulations, our labor markets are too inflexible, our capital markets too constrained. There’s no reason why setting up a company, for example in Germany, should be as hard as it is. Why firing people in France should be so hard. Why GDPR is adding a ton of paperwork with no discernible benefit all across the EU. I think that’s where I’d focus if I were in politics. But those aren’t messages politicians want to hear.

In the end, countries and regions compete for the best people. Europe continues to churn out great companies and we’ve reversed some of the brain-drain of the 90s and early 2000’s, when we lost many talented founders to the Valley. Europe is a great place to live and a very good place to help build the future, so from a venture perspective I’m very optimistic about the next twenty years.