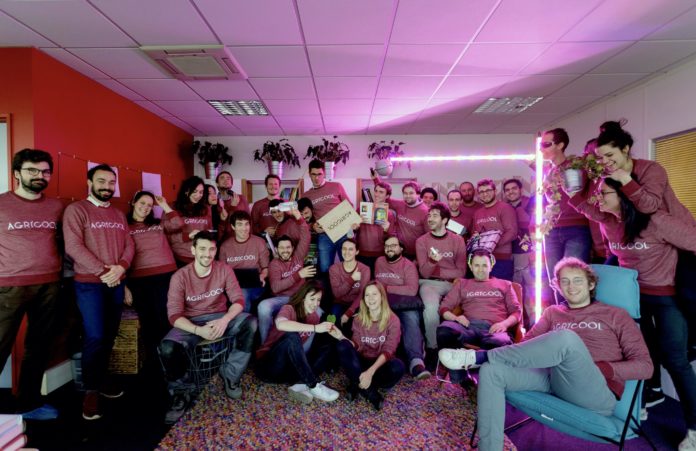 By 2030, 20% of products consumed worldwide will come from urban farming, compared to just 5% today, according to UN reports.

The French startup Agricool has devised a new, sustainable, local method of growing food – particularly strawberries. The startup is creating small urban farms in the middle of Paris using old shipping containers (which it calls “cooltainers”), in which it is able to vertically grow strawberries without the use of pesticides or GMOs, and using 90% less water than crops grown in the ground. Instead of sunlight, the cooltainers use LED lights that are powered by 100% renewable energy. The startup also claims that their locally-grown strawberries just taste better, and contain 30% more vitamin C than supermarket strawberries. We previously named Agricool as one of the top French startups to look out for in 2017.

To scale its urban farm technology, Agricool has just raised €25 million. The startup plans to install five new containers in the Paris region in 2019, and plans to launch 100 in France and Dubai by 2021. The startup also plans to hire 200 new people in the next two years.

Founded in 2015 by two farmers’ sons, Guillaume Fourdinier and Gonzague Gru, Agricool was launched with the following mission: “to feed the planet with tasty fruits and vegetables that have taste, grown without pesticides and produced locally“. Cities are also increasingly embracing urban farming. According to the Paris City Council: “Paris is dreaming of itself as an agricultural city”.

The funding round was backed by new investors including Bpifrance Large Venture Fund, Danone Manifesto Ventures, Antoine Arnault via Marbeuf Capital, Solomon Hykes, and a dozen other business angels passionate about Agricool’s mission. Existing investors including daphni, XAnge, Henri Seydoux and Xavier Niel via Kima Ventures, also participated in the round.

Guillaume Fourdinier, co-founder and CEO of Agricool, said: “We are very excited about the idea of supporting urban farming towards massive development, and it will soon no longer be a luxury to eat exceptional fruits and vegetables in the city.”