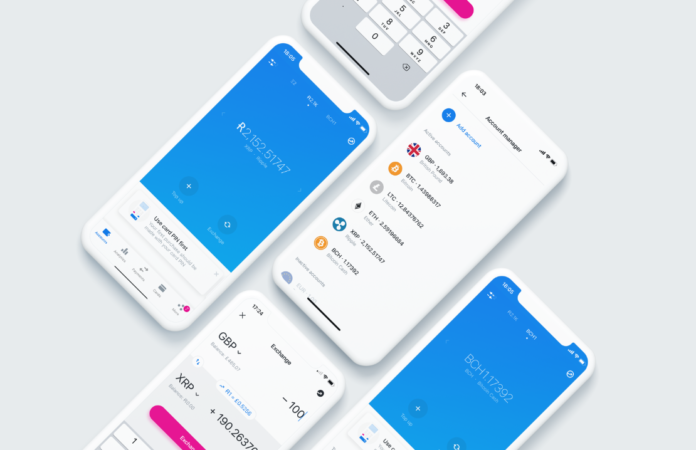 In December 2017, Revolut launched a feature that allows its 1.8 million customers to buy, hold and sell Cryptocurrencies instantly from within the app. In addition to Bitcoin, Litecoin and Ethereum, Revolut has today added XRP and Bitcoin Cash to its list of growing Cryptocurrencies.

Revolut customers now can instantly exchange 25 fiat currencies directly into Cryptocurrency, which can then be held and sold directly within the app in seconds, and even allows customers to set up alerts whenever a specific Cryptocurrency hits a certain value.

Earlier this month, Revolut launched a new savings feature called Vaults, which allows customer to round up their card payments to the nearest whole number and save up their spare change in Cryptocurrencies. Since then, more than 50,000 customers have set up a Cryptocurrency Vault.

The addition of XRP and Bitcoin Cash stems from overwhelming demand from the Revolut community and the fact that major Cryptocurrency exchanges are yet to support these digital currencies.

Vlad Yatsenko, Co-Founder & CTO of Revolut stated: “We launched this world-first feature in order to offer frictionless exposure of Cryptocurrencies to the mainstream population. The idea of exchanges, private keys and cold storage is a complete turn off for some people, so we wanted to offer a simple way for consumers to get exposure in this area.”

He continued: “We’ve been asking the Revolut community which Cryptocurrencies they would like to see next, and the demand for both XRP and Bitcoin Cash has been absolutely overwhelming. After months of negotiations and development work, we’re incredibly excited to offer exposure to these two digital currencies to the UK market.”

Revolut was founded in 2015 and is headquartered in London. In April of this year this fast-growing mobile bank has raised an additional $250 million in funding – which saw the the fintech startup increase its valuation 5x in less than a year to $1.7 billion.

Share
Facebook
Twitter
WhatsApp
Linkedin
Previous article
Are you running a tech startup? Then .TECH domains are for you – an interview with Suman Das (Sponsored)
Next article
10 Danish startups to watch in 2018