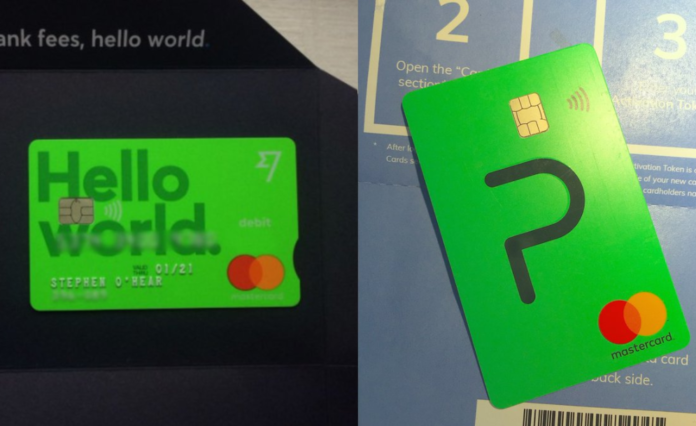 The London-based FinTech giant TransferWise just announced its borderless current account, which enables users to spend money in a choice of up to 28 foreign currrencies with a debit card. Tranferwise’s choice of a neon green colour for its first debit card was met with anger by Berlin-based SME challenger bank Penta, which turned to Twitter to express its anger at the striking resemblance to its own neon green card.

A few influential Fintech figures such as David Brear of 11FS, Chris Skinner of the Finaser, Tanya Andreasyan, editor at BankingTech as well as others retweeted the tweet in agreement with the newly launched SME focused challenger bank Penta. So far TransferWise hasn’t replied to the allegations.

Looking at the two card designs, you’ll notice that it’s really just about the colour, and chances are high, that TransferWise picked the similar colour “by accident”. So I’d say it’s not a big deal, and in the end, the card colour won’t make or break a startup. Right? 😉

But it’s interesting to note, that this is not the first dispute between European FinTech startups. The burgeoning UK challenger bank Revolut and Germany’s N26 had a similar situation in July 2017.