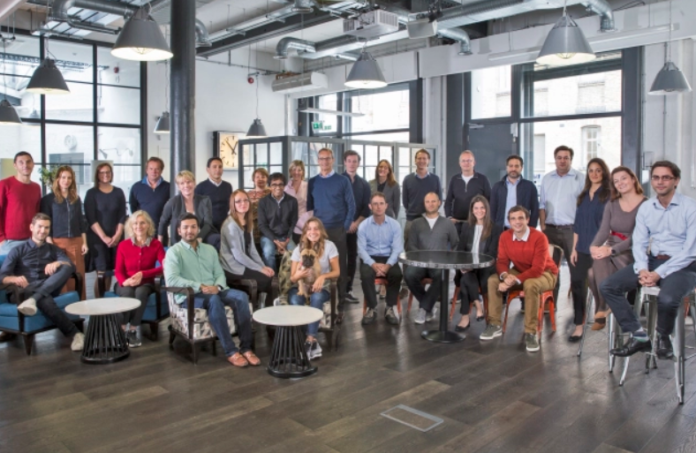 Balderton Capital, one of Europe’s leading investors in Series A-stage tech companies, today announces that it has raised a new $375 million fund to support a new generation of European-born global tech businesses.

The latest fund has been raised from new and existing investors from Europe, the U.S. and Asia, as the continent’s technology sector reaches a pivotal moment. A critical mass of fast-growing companies, ambitious entrepreneurs, top tier technical talent, and access to multi-stage investment means that Europe’s next global giant is set to be a technology company.

Bernard Liautaud, Balderton Capital’s Managing Partner, stated: “Europe’s technology sector has already produced many game-changing global companies, but we are still waiting for our continent’s very own Google, Amazon or Facebook to emerge. As European startups grow bigger faster, we are convinced that is finally about to change. With growth accelerating – this year to date European companies have attracted more than $12.5bn of venture investments – the continent can now produce and scale tech businesses of global significance. From A.I. to gaming, and music to messaging, Europe has built up reservoirs of world-class expertise which has inspired a generation of entrepreneurs with ten times the ambition of a decade ago.”

Balderton has a track-record of backing breakthrough companies ranging from MySQL to Betfair, and The Hut Group to Yoox Net-a-Porter, and over the past few years has invested in some of Europe’s most dynamic and fastest-growing tech businesses. These include data analytics company Talend, which went public on the NASDAQ in 2016; A.I. startup Magic Pony, which was acquired by Twitter last year; Kobalt, the world’s leading independent music services company; and NaturalMotion, the mobile gaming business, acquired by Zynga in 2014.

This year the firm has looked at more than 2,000 startups, from which it has made 10 investments in five countries since March, including Luno, Hiya and SOPHiA Genetics. Balderton’s previous fund (Fund V) has seen a range of category leaders such as Nutmeg, Revolut, Prodigy Finance, Aircall, Carwow, and Frontier Car Group emerge.

A small team with entrepreneurial roots, Balderton’s partners have between them founded companies that went on to become multi-billion dollar businesses, and worked in the engine rooms of some of the world’s best-known tech brands – including Uber and Dropbox. They have backgrounds and deep networks in Silicon Valley and beyond, and have returned to Europe to play their part in building businesses which will fuel economic growth, jobs and opportunity.

Share
Facebook
Twitter
WhatsApp
Linkedin
Previous article
Overview of the 10 best co-working spaces in Helsinki
Next article
Riccardo Zacconi, founder and CEO of King, will join us as a speaker at the EU-Startups Summit!