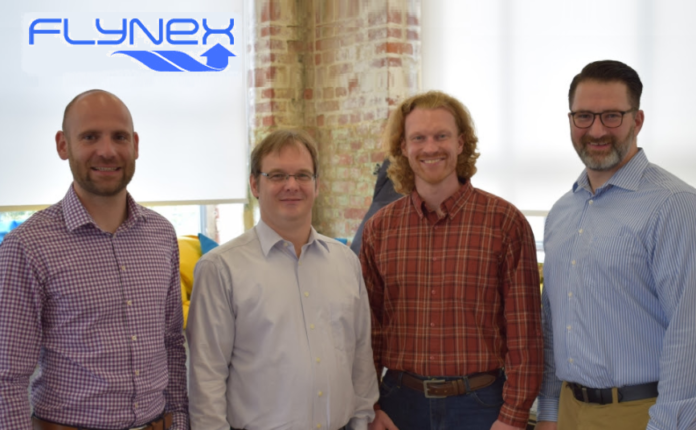 The Hamburg- and Leipzig-based drone software startup FlyNex just raised big seed round. The co-investment by TGFS and HTGF ensures the implementation of the drone business software into industrial enterprises. With the seven-digit seed funding FlyNex now has the capital to launch its business software.

Founded in 2015 by former special ops officers of German military, the software empowers companies to use drones for their own applications, without having deeper technological and legal knowledge. The DroneTech startup offers an automated solution for any kind of corporate/industrial drone operations.

FlyNex founder and CEO Andreas Dunsch stated: “Unmanned aerial systems offer an amazing potential for growth within all industries. But we realized that companies in civil sectors hardly have any knowledge about using this potential in a scalable way. The necessary processes are quite complex and investment costs can be pretty high.”

FlyNex is to solve this problem with its software solution. In 2016 more than 10.000 commercial drone missions were executed in Germany. German air-traffic control (DFS) estimates, that more than a million drones will be sold in Germany until the end of this year. But most commercial applications are not developed yet.

Kristin Müller, investment manager at HTGF, stated: “Due to the long lasting experience and the deep know how of the founders first well-known partners were already won. The founders have a productive network to industries and politics. FlyNex has the opportunity to become an industry standard within a new market.“

Th market of industrial drone flights grows rapidly and FlyNex might play an important role in its future. The German software company currently counts 9 employees and is hiring in Hamburg and Leipzig.