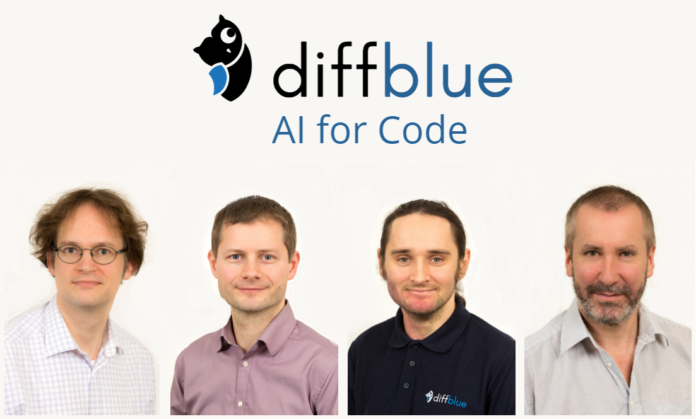 Diffblue, Europe’s leader in AI for code, just announced that it has raised $22 million in Series A funding, one year after its spin-out from the University of Oxford. The funding round of the Oxford-based startup is led by Goldman Sachs Principal Strategic Investments, alongside Oxford Sciences Innovations (OSI) and Oxford Technology and Innovations Fund (OTIF).

Diffblue’s core AI builds an exact mathematical model of any code base. This model allows a very deep semantic understanding of what a program is trying to do. The Diffblue team is launching three products that are built on the core engine:

In the past coders have had to do these tasks manually, or rely on tools that check the syntax of a code base without understanding the semantic meaning. Diffblue’s suite of products aims to help coders write much better quality code, much more quickly (coders typically use up to 30% of their time manually writing tests – so the cost savings are potentially enormous).

The code-testing product, which will be fully integrated with continuous integration servers such as Jenkins and software repository providers such as GitHub, is now available for Java and C. Under development are the Python, JavaScript and C# versions of the testing product, as well as the security and refactoring product.

Lilly Bussmann, Principal at Oxford Sciences Innovations (OSI) commented: “We’re proud to be supporting one of Europe’s most exciting tech startups. In a world that’s increasingly run by software, Diffblue’s mission of equipping developers and organisations with the next generation AI-powered dev tools is a very worthwhile one, both in terms of its economic and social impact.”

Daniel Kroening, Professor of Computer Science at University of Oxford and founder of Diffblue, stated: “The products we are developing at Diffblue’s use AI to empower users to develop code of a far higher quality and security standard than would have been possible before. In doing so, it eases the burden of testing which is one of the biggest pain points for developers, and frees up their time to focus on what they do best.”

The funding round Diffblue was able to close is one of Europe’s largest Series A rounds for an AI company. The UK-based startup achieved this within just one year since Diffblue’s inception.