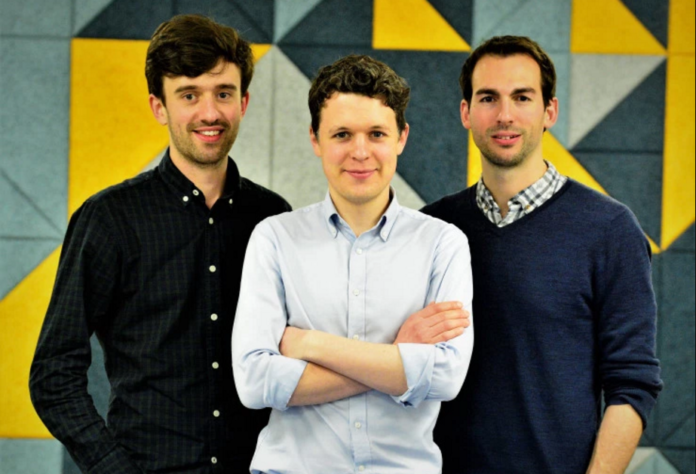 CheckRecipient, a machine learning startup that aims to end the problem of misaddressed emails once and for all, has raised $2.7 million in a round co-led by Accel and LocalGlobe, with the participation of Winton Ventures, Amadeus Capital Partners and Crane. The young company will use the fresh capital to double its size to 24 people, with a focus on hiring business development and engineering expertise.

Founded in 2013 by three engineering graduates from Imperial College, the London-based startup CheckRecipient has developed an email security platform that uses machine learning to make sure sensitive or confidential data cannot be sent to the wrong individual.

Following rapid take-up in the City of London, CheckRecipient is working with multinational companies across the legal, healthcare and financial services worlds, with a view to launching in the US shortly. It is also developing CheckRecipient’s technology to address additional security concerns that organisations have identified with email and documents.

While there are daily scare stories about cyber attacks and the potential cost to business, basic human error and misaddressed emails are a much greater problem for companies in the financial services, legal and healthcare sectors. According to the Information Commissioner’s Office, misaddressed emails were the leading digital security incident reported in 2016. A wrongly addressed email can lead to a loss of clients, revenue, and serious reputational damage.

From May 2018, the new EU General Data Protection Regulation will impose a mandatory requirement for organisations to report data breaches involving personal data to the Information Commissioner’s Office (ICO), and fines for the worst breaches will increase to up to 4% of an organisation’s global turnover. While there are lots of products on the market designed to make email more secure, they all require a high degree of behaviour change from end users or significant administration from IT teams, meaning that their effectiveness is diminished.

Tim Sadler, CEO of CheckRecipient, said: “It’s human nature to fear the shark when we go swimming, but it’s crossing the road, an activity we do daily almost without thinking, that is more likely to kill you. There’s currently an obsession with the detection of malicious insider and external attackers, but the most common data security incidents reported to the ICO are all linked to human error. CheckRecipient allows organisations to demonstrate diligence to both clients and regulators by managing the risk of misaddressed emails. It also helps firms to protect staff from mistakes, which could cost them their career, in highly regulated, reputation driven sectors such as law and finance.”

Luciana Lixandru, partner, Accel, commented: “CheckRecipient is developing an extremely effective product that resolves one of the corporate world’s biggest problems. As the technology is developed, there are a number of additional possible applications which will turn CheckRecipient into a gold-standard email and data security product.”

CheckRecipient is already used by blue-chip names in London and in legal circles including a FTSE 100 financial services company, the world’s largest publicly traded hedge fund, Man Group, and Europe’s largest hedge fund, Winton Capital. Law firms who are using the product include Penningtons Manches and Travers Smith as well as some UK Top 10 and Magic Circle firms.