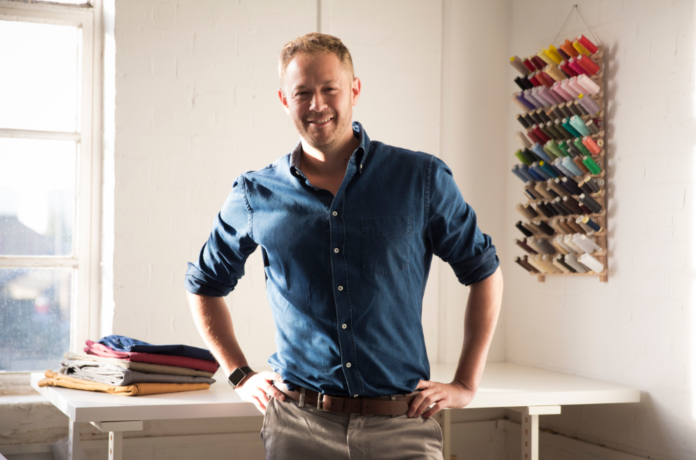 The London-based startup Spoke, an online clothing brand with the goal to make better fitting menswear, has closed a $1.8 million funding round. The round was led by VC firm Oxford Capital and joined by Forward Partners, Seedcamp and a number of angel investors.

Launched by entrepreneur Ben Farren in 2014, Spoke is targeting the sweet spot between ‘bespoke’ and ‘ready to wear’, cutting clothes in more sizes and finishing them to order, for a flawless fit. According to the CEO Ben Farren, Spoke grew five times in 2015, and trebled revenues again in the first half of 2016. The company website, Spoke-London.com, already serves 500,000 visitors annually – and in total, the business has sold more than 30,000 pairs of chinos in 30 countries around the world.

The $1.8 million capital injection will enable the business to develop and grow its product range and extend its reach to global shoppers.

Ben Farren, Founder and CEO of Spoke, comments: “At Spoke, we’re using a digital platform to build a better, smarter menswear brand. We think that fit comes first, and that traditional retailers and brands do a terrible job of delivering it. We’re hugely excited by the difference we can make in men’s fashion – and this investment will allow us to bring our fit focus to new product categories, and expand the reach of our marketing to a host of new customers”.

Ben founded the company in 2014 shortly after hopping around in a small, poorly lit changing room, where he realised if finding the right fit was purgatory for him, a man of average size, it must be bad for everyone. And so, he set out to fix it, building Spoke – a new kind of menswear brand, centred around good fit.

By the way: If you’re interested to join a fast-growing startup like Spoke, make sure to check out the EU-Startups Job Board.