The acquisition strengthens Delivery Hero’s global leadership position in online food ordering and delivery, with the combined group processing over 20 million orders per month across 47 countries. foodpanda operates in total in 22 countries with market leading positions in 17 of them. The acquisition of foodpanda will enable Delivery Hero to consolidate its market leadership position in the Middle East and adds 20 new countries in Eastern Europe, MENA and Asia to Delivery Hero’s platform increasing the size of Delivery Hero’s total addressable market. Furthermore, the combination of the two key companies leads to a significant reduction of complexity at group level for Rocket Internet.

A few weeks earlier, foodpanda already sold its Russian business for about $100 million to the to Mail.Ru Group.

Niklas Östberg, Delivery Hero´s CEO commented: “foodpanda has built a fantastic position and service offering in some of the largest food delivery markets globally. We look forward to working with the team to continue creating unparalleled takeaway experiences for our customers around the world.”

During its previous funding round, Delivery Hero already was valued at more than $3 billion. There are also rumours that The Berlin-based company might do an IPO in 2017. 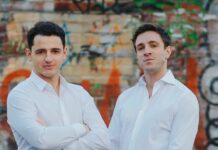