Web Summit: Portugal is the tech centre of Europe (this week…) 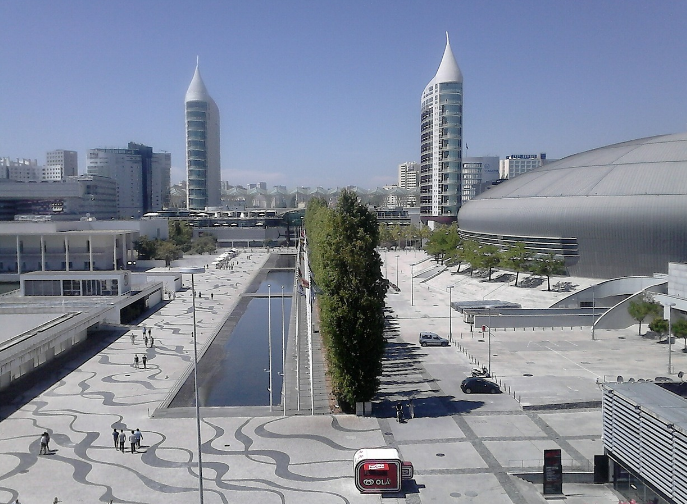 Oh happy day! How extraordinary it is to finally be here, in Lisbon, for the 2016 Web Summit! What a relief to leave behind the waterfall of silliness the last weeks have been. You may haven’t noticed that all over Europe, but I guesstimate the Web Summit got more hype in Portugal than the recent win at the European Football Championship. But I leave the fools chapter to my last piece on the Summit, in a few days.

The 2016 edition of the Web Summit starts today. The news: it’s in Lisbon. The Portuguese capital won the bid war and b(r)ought the event further south, where beer flourishes as much as the sun.

In prepping coming here, the Web Summit App was of some help. It’s well known that the Web Summit founders say they’re a software company that creates conferences. Well, when it comes to participants, entrepreneurs, investors, media and alike, everything comes to the App. I can imagine what the logistics’ backoffice for such a huge event looks like and how the organization depends on it. At the end, I settle with a streamlined App that works, rather than a mammoth that won’t even give me an instantly updated schedule (it’s unbelievable how often that happens all around).

For now, I can tell you wi-fi is still up and I hope it remains so, as the infrastructure is meant to cope with some 150,000 devices. I still remember my first time at the Web Summit (ages ago in 2012), when the jpegs in my smartphone where fundamental to pitch an App…

Probably the biggest announcement of the day was made by Portuguese Prime Minister António Costa, who announced a new public fund of € 200 million designed to attract the best investors to help Portuguese startups become more global. Another great milestone for the Portuguese startup scene and a nice kick-off for the Web Summit!

Now let’s hear what the tech world has to say – you can follow the occasional live feed, but EU-Startups will also keep you updated over the coming days!