Scientific collaboration platform Guaana is giving out 10% of the company’s shares to scientists around the world for free, in an effort to involve users in defining a universal format for scientific projects.

The Estonia-based startup has built a shared online space with the aim of connecting all the scientists in the world to accelerate scientific research and collaboration with the help of modern-day technologies. The concept reminds a bit of the Berlin-based ResearchGate, a social network for scientists and researchers. Guaana was founded in 2014 by Marko Russiver and Edgar Aronov.

Guaana co-founder Marko Russiver explains: “Our mission is to develop a universal format for scientific projects — a record of the processes behind a research paper that includes everything from preliminary ideas and experiment design to methods and analysis, from laboratory notebooks and data to null results and proposed contributions. Imagine a future where scholars and students alike can look behind the scientific article and investigate the process. That is what we strive for. The methodology like this can accelerate discoveries in virtually all fields.”

Edgar Aronov, the co-founder and CFO of Guaana adds: “By gifting a piece of our company we are rewarding our early adopters, giving them free access to test our new features and an opportunity to influence Guaana’s roadmap. We want to give scientists ownership as an inspiration to participate in the process so we would succeed together in bringing forth a change that’s long overdue,”

The only requirement for signing up to become a co-owner is to fill out a short application on Guaana, joining other early members from top universities such as Massachusetts Institute of Technology (MIT), Stanford University and University of Oxford in addition to institutions at the forefront of science exploration like the European Organization for Nuclear Research (CERN), European Space Agency (ESA), The National Aeronautics and Space Administration (NASA) and Google X.

The campaign will run through 2016 and the company stakes will be distributed early next year.

“The interest and support from the scientific community have been overwhelming. We kicked off a soft-launch for our current member base and it gained unexpected momentum through social media in just a few hours,” adds Russiver.

Guaana’s mission is to advance today’s academic system, which many scientists admit is slowed down by bureaucracy and outdated, and doesn’t enable open collaboration between experts. As a principle Guaana does not ask its members to transfer any copyright – all participants retain all the copyrights and IP rights regarding knowledge shared and collaborative projects proposed. 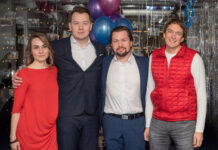 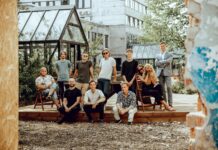