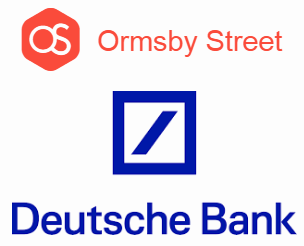 The London-based fintech startup Ormsby Street has just launched its innovative credit-checking tool CreditHQ in Germany, as part of a new partnership with Deutsche Bank.

CreditHQ allows small businesses to check the financial health and credit status of any customer or partner and will be available to the small business customers of its German partner bank. The German launch is the next stage of an ambitious international expansion programme that will look to target Poland, the US, Australia and other European markets over the next 12 months.

“Despite new regulations brought in to combat late payment culture in July 2014, late payment remains a major issue for German small businesses, impacting on cash-flow and the ability to grow,” said Martin Campbell, MD, Ormsby Street. He continued: “There is a growing need in Germany for an easy way of checking the credit status and payment performance of customers and CreditHQ meets that requirement head-on. Partnering with a bank in Germany is a great way of bringing CreditHQ to the German market and we are confident it will mirror our success in the UK.”

CreditHQ will allow small businesses to check the credit status, payment performance and general financial health of millions of German small businesses. The simple traffic light ratings system shows clearly the level of risk associated with the company in question, and users are given two different ratings, one addressing credit risk and the other payment performance.

CreditHQ is used by more than 27,000 UK small businesses, and launched in Italy in 2015. Ormsby Street also just visited the Finovate Spring event in San Jose, where it was seeking new partnerships with US banks to further expansion into the US market.