Founded in 2014 and headed by co-founder and CEO Dr. Ingo Seebach, Dedrone has engineered the first professional anti-drone early-warning and identification system for all applications. It is modular in construction, can be integrated in existing alarm systems and works with a state-of-the-art multi-sensor system. Together with well-known German clients, including prisons, automotive companies and alarm system installers, Dedrone is currently developing the Drone Tracker, which will be first delivered in April.

Dedrone plans to use this investment to push ahead with the development of the Drone Tracker system, build up an international distribution network and strengthen its team. Along with Target Partners, successful American entrepreneur Tom Noonan (Internet Security Systems, JouleX) as well as serial entrepreneurs Jörg Lamprecht (Only Solutions, Cobion, Aibotix) and Rene Seeber (Only Solutions, Cobion, JouleX) were involved in the investment.

Given the mounting sales of hobby drones, which are estimated at 300,000 units per month, and their increased performance capabilities coupled with falling prices, the potential for misuse is set to grow significantly. This is evidenced by the large number of international incidents that have been reported in recent months, from mysterious drone flights over French nuclear plants to a drone with radioactive material found on Japanese Prime Minister’s office roof. As a result, there is a high demand for an efficient system that will protect against such threats.

Ingo Seebach, Dedrone CEO, says: “Security experts around the world have to contend with entirely new challenges posed by civilian drones. Accordingly, we receive inquiries every day from prospective clients from Germany and around the world.” 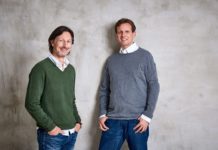 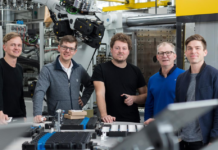 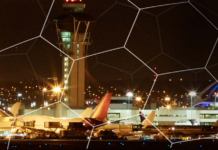