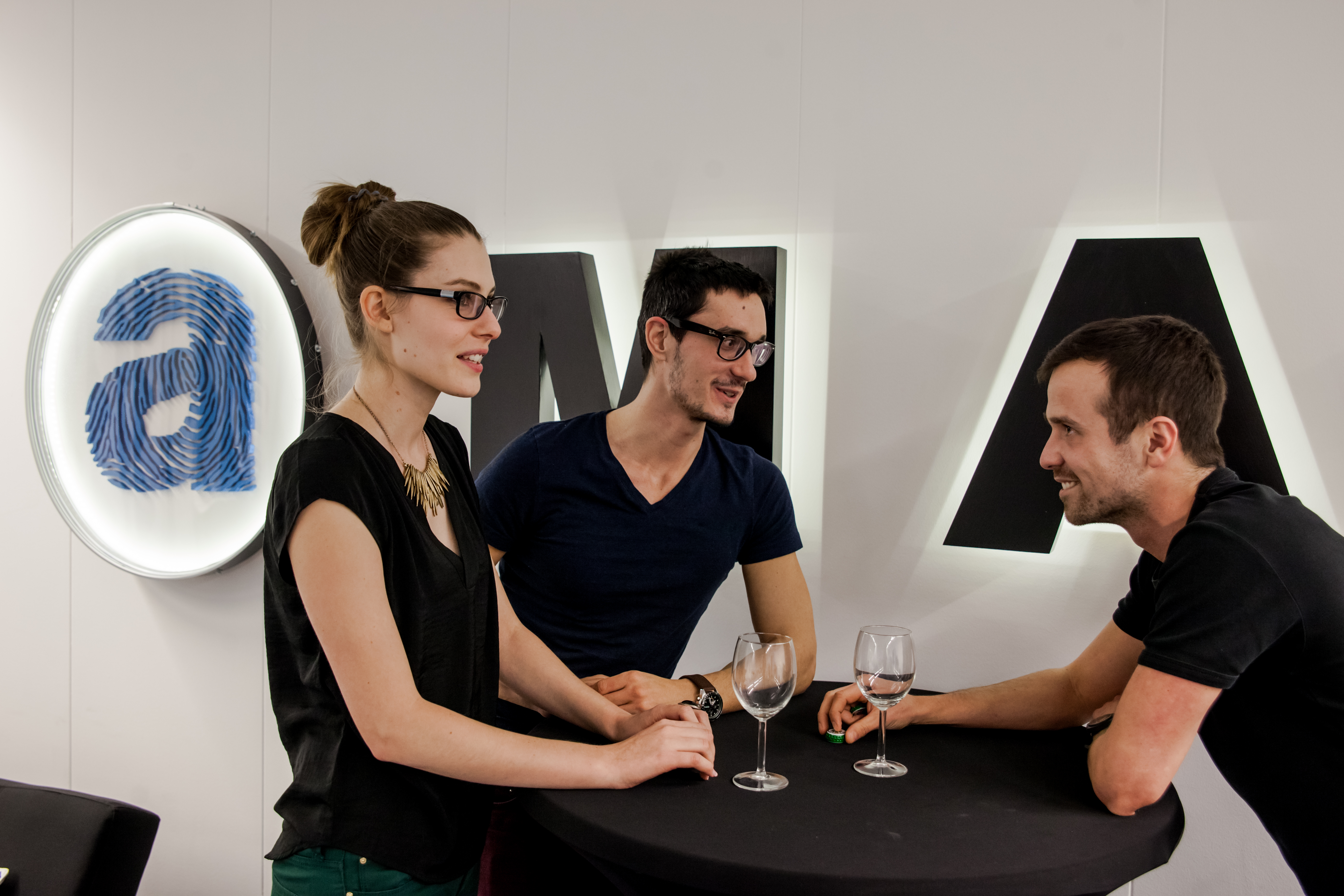 A true story about A-Maze, the Hague based escape game startup which has managed to gain advantage on a niche market. An interview by my colleague, Gábor Schneider.

Escape games or escape rooms might be familiar to almost everyone nowadays. This is a kind of game in which you and your friends – or whoever you join to – are locked into a room together and have to solve different mind-breaking cases to get out in a limited time. Usually these escape rooms look like a movie set based on specific topics.

This topic is pretty interesting to me, since this special and quite entertaining game was invented – or at least it had been brought to public – by Hungarian people. I have read an article about the unique A-Maze experience and decided to invite Ádám Kondor, a Co-Founder of the company for a Skype call. He was very sympathetic and eager to tell me about their story and future plans so let me share this with you.
Ádám told me that he first tried different kinds of escape games with his cousin and his cousin’s girlfriend in Hungary, back in 2012. It was a love at first sight for them, but Ádám lived -and still lives- in the Netherlands at the time and there were no escape games at all.
Since the trio had entrepreneurial ambitions combined with a true passion related to escape games, and they only had been waiting for the right idea and the right time.. this seemed to be the right choice.
At the beginning of 2013, Ádám, his cousin Dávid and Dávid’s girlfriend Beáta had a New Year’s resolution of making their own escape game company. Ádám lives in the Netherlands since 2010 and his cousin, Dávid also went to a Dutch university, so the “where” question got an immediate answer. There is also a non negligible fact that this kind of entertainment was completely missing from the Dutch market.
In the first few months they had to remain at their jobs but thanks to these kind of efforts they could manage to firm the company from their own equity, step by step. This time Ádám, Dávid and Bea organized and directed the games but to the date they have an organizer team of six people, contractors and a marketing intern working at the -very fancy- A-Maze office in Hague, Netherlands. They have 3 escape rooms with completely different sets, like a cold war era KGB room, an Urban Legend room and the Crazy Doctor’s room.
Ádám told me that the most difficult part was to gain the attention of local people, since the team did not have the right connections at the time and no one tried to do something like this before. Fortunately in 2013/Q4 and 2014/Q1 the A-Maze rooms became very popular and this escape game hype forced other entrepreneurs to create their own rooms with their own sets. Ádám has a very positive opinion about this, because this kind of entertainment gets even more and more popular this way, as he told me.
What’s the difference between A-Maze and other related companies? Ádám has a very strict and perspicuous answer to this question. They simply don’t want their rooms and this whole genre to be a part of mass entertainment, which could lead to worsen the experience a room can give to you. They invest plenty of time into planning every single details of a room, it’s mind-breakers and the interior/exterior of a game. These details and their attitude regarding to the genre makes them different from the competitors.