Zalando SE, Europe’s leading online platform for fashion, today announced that it is on track for a profitable full year after a third quarter marked by continued above-market growth and strong gains in profitability and capital efficiency. If it works out, this would be the achievement of a great milestone for the young company which made its IPO earlier this year. The stock price reacted quickly to Zalando’s plans for profitability – it went up like crazy.

In the third quarter, the revenues of Zalando grew by 24.2% to €501 million (Q3 2013: €404 million). Growth in Zalando’s international markets was particularly strong with revenues in the “Rest of Europe” segment growing by 39.9% to €198 million (Q3 2013: €141 million). The DACH segment continued to lead the group’s profitability with an adjusted EBIT margin of 3.9% (Q3 2013: -4.3%), excluding stock based compensation. Overall, Zalando achieved an adjusted EBIT margin of 0.8% in the third quarter, marking the first ever group EBIT breakeven in a third quarter. This development was driven by improvements along all cost lines, including cost of sales, fulfillment, marketing and administration.

Rubin Ritter, Member of the Zalando Management Board, stated: “Reviewing our successful development in the third quarter we expect to reach slight group EBIT profitability for the full year.”

Zalando has put a strong focus on execution during the third quarter, marked by the launch of the successful collaboration with Topshop and the rollout of express delivery across all the company’s markets, offering an even more convenient delivery option for Zalando’s customers.

Zalando continues to focus on execution in the fourth quarter and lately announced the cooperation with GAP starting in spring/summer 2015, becoming the first multibrand online shop to offer GAP fashion to continental Europe. 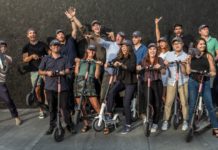 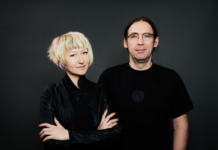 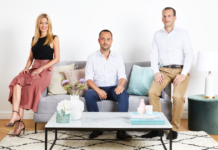 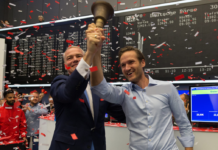 Interview with Niklas Östberg – the Co-founder and CEO of Europe’s food ordering un...