Famous actor and tech investor Ashton Kutcher appears to be on a rapid European city tour before the Christmas period, flying in to Stockholm from Berlin yesterday to pay the staff at Spotify’s Swedish R&D offices a swift visit. Kutcher was purely interested in paying a visit to the music startup to check out what they do and talk tech with the company. Read more about his visit on TheNextWeb.

Here’s some big news out of the Baltics: Slevomat Group from the Czech Republic and Cherry Media have partnered together to form the region’s largest Daily Deals group. Their 2011 turnover put together exceeds 60 million euros, putting them up there as one of the largest startups in the region. Find out more about it on ArcticStartup.

The Berlin based webcoding platform Codingpeople has just secured a seven-digits investment from Leonardo Ventures. The new investor now owns 25,1% of the coding startup. Codingpeople was founded in 2009 and offers its service (mainly to agencies in German, English and Spanish. Learn more about the investment (in German) and visit Gruenderszene.de

A little over a year after its subsidiary PayPal bought a minority stake in German software company BilLSAFE, eBay this morning announced that it has acquired the young company in full. Terms of the deal were not disclosed. BillSAFE works with German merchants, giving them a way to let shoppers purchase items after receiving them, by means of an invoice. Read more on TechCrunch. 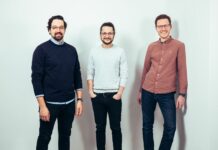 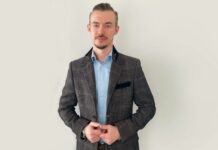 Meet Type Studio: The winner of the pitch competition at this year’s EU-Startups Summit!