Zendesk, a leading provider of proven, cloud-based help desk software, just announced the establishment of a new software development center in Denmark, the country where Zendesk was started back in 2007. The announcement was made by Mikkel Svane, CEO of Zendesk, during an event in Copenhagen.

Founded in Copenhagen in 2007, Zendesk now has more than 10,000 customers worldwide and more than 3,000 European customers, including SAS Airlines, London School of Economics, CoreMedia, Tradeshift and Libération.

“Zendesk has come a long way from our humble beginnings in a loft in Copenhagen,” said Svane. “In the past few years we have set up worldwide headquarters in San Francisco, established European headquarters in London, and grown to more than 100 employees. We are very pleased to announce that we will soon be opening a development center in Denmark where we will be employing a dozen engineers this year alone. ”

Svane also announced a new worldwide program for startups. “Having been a small startup ourselves in Denmark, we recognize and are thankful for everyone who helped us along the way. To help others who are in our position, we are pleased to announce that we are now offering a free one-year Zendesk Plus+ Plan to startups affiliated with incubators such as Seedcamp, Startupbootcamp, and Startup Weekend. This is known as our Zendesk Loves Startups program.”

Incubators from around the world have committed to be part of the Zendesk Loves Startups program including AngelCube, Excelerate Labs, HackFWD, High-Tech Gründerfonds, Seedcamp, Startupbootcamp, Startup Weekend, Team Europe Ventures, TechHub, and TechStars.

“It is great to see Zendesk coming home and bringing jobs to Denmark,” said Alex Farcet, Managing Director of Startupbootcamp in Copenhagen. “Zendesk has proven that delivering superior customer service is the key to success. The Zendesk Loves Startups program gives entrepreneurs in Denmark and around the world a head start to success and Startupbootcamp is happy to be part of it.” 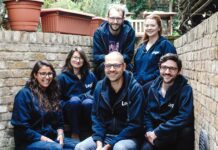