Swoopo, the controversial pioneer of penny-auctions, has filed for bankruptcy. In 2010 the Munich (Germany) based Entertainment Shopping AG withdrew from Korea and there had also been rumors about layoffs. Swoopo, wich was founded in 2005, was one of the world’s leading auction sites combining e-commerce and entertainment. In 2008 the young company launched its auction site in the US and opened an office in Mountain View (California). 2009 they received 7.5 million Euro in Series B funding from August Capital.

This is how their controversial business model used to work: Online customers buy “bids” in advance. They cost $0.75 each and are sold in packs of 30, 50, 100, 300 or 700. Bidders have the choice of placing single bids, or, using an electronic bid assistant called the “BidButler”. Every bid placed, increases the price of the product by 15c and the auction countdown by up to 20 seconds. Each auction then displays the amount spent on bids by the customer and how much the bidder would save overall, if they won the auction at that moment. The ‘last bidder standing’ when the countdown reaches zero, wins the auction – usually at a relatively low price. The others participants used to get nothing – and they lost their “invested” bid-money.

After the complaints were getting louder and louder – Swoopo decided to change its model a little bit and enabled the users to use the value of their lost bids in order to buy a product directly and for the full price from Swoopo. Some observers say, this was the point when Swoopo lost its profitability. 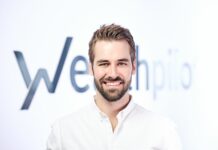 “The mass-affluent segment is a huge market opportunity”: Interview with wealthpilo...