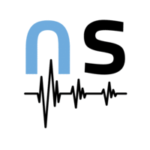 Category
UK
Business Description
Ultrasound sensors produce sound waves with frequencies above the audible range of humans, which transmit through an object to measure or image internal features. Commonly known for use in maternity wards and other hospital departments, ultrasound imaging is also extensively applied in industrial settings as a safe Non-Destructive Testing (“NDT”) technique for revealing below-surface deformities, cracks or corrosion.
Long Business Description

Novosound is the first spin-out company to emerge from the University of the West of Scotland. We were the winners of the 2017 Converge Challenge, and have developed and patented a ground-breaking technique to mass-manufacture printable ultrasound sensors. The revolutionary method overcomes the limitations of existing technology, improving a manufacturing process, which hasn’t majorly changed in more than 40 years.

Novosound closed its seed investment round in April 2018 raising £1.5 million.

The investment will drive novosound’s growth plan, allow it to expand its already-experienced team, and bring its cutting-edge ultrasound sensors to market.

💡 You're a corporate or investor and looking for startups that are innovating in the same market as Novosound? We're happy to assist you with our Startup Sourcing service.