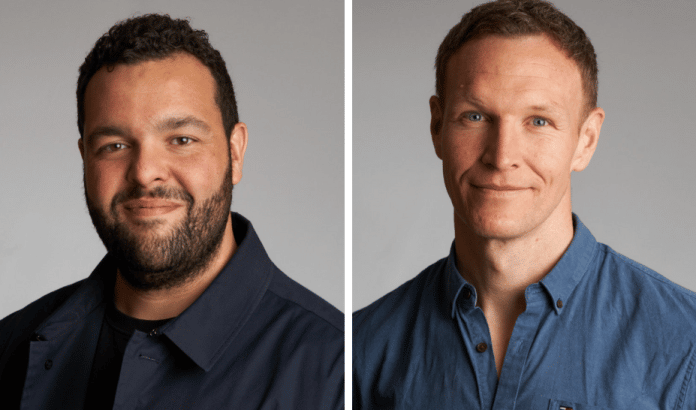 B2B fintech firm Bondaval has just raised €15 million in a Series A funding round. The Lonodn-based startup is aiming to give credit teams more certainty that their receivables will be secured through proprietary MicroBonds.

Founded by a former England Rugby Sevens player, Tom Powell, and Sam Damoussi in 2020, Bondaval is modernising and simplifying B2B payment security. Now the startup has secured new funding and is set to embark on plans to expand globally, expand into new sectors and develop more use cases for the platform.

Tom Powell, co-founder and CEO: ”When we first established the business less than 2 years ago, we could only imagine how quickly the market would respond to our technology-led approach for payment security. We are honoured by the confidence shown by our existing investors and our new investors and the validation from our best in class clients. We look forward to increasing access to more favourable financial security for all parties involved in B2B credit transactions and demonstrating more applications for our MicroBonds.”

Based in London, Bondaval combines credit analysis technology with S&P A+ rated insurance backing to create a more secure, capital-efficient and cost-effective form of receivables protection that can be issued, renewed and claimed on digitally. Through using proprietary tech, the aim is to modernise and simplify B2B payment security by fractionalising the underwriting process and cost. As a result, risks are covered more comprehensively and across more applications.

Currently, the startup’s main offering is its MicroBonds – technology-enabled surety bonds that secure receivables and can be easily purchased, and managed, through the Bondaval platform.

Primarily serving FTSE 100 and S&P 500 companies, including the likes of Shell, BP, Highland Fuels and TACenergy, it’s thought that MicroBonds can replace traditional payment security methods, including bank guarantees and trade credit insurance – which often come with a negative balance sheet impact for customers, don’t always offer full indemnity and can be cancelled without notice.

Meanwhile, MicroBonds are non-cancellable digital financial instruments that provide 100% indemnity, have no collateral requirement, and, can be used alongside existing security. Users of the platform can set it up quickly, helping to streamline and optimise processes as well.

Further, unlike traditional collateral-based security, the MicroBonds don’t require customers to tie up capital in order to provide payment security to their suppliers. This can provide them with much-needed liquidity at a time when business costs are unpredictable and rising. Additionally, unlike trade credit insurance, MicroBonds cannot be cancelled and will provide 100% indemnity in the case of a default, giving suppliers confidence and certainty as they trade.

Since its 2020 launch, Bondaval has expanded pretty rapidly, opening offices in London and Austin, Texas. This new funding will help fuel the next stage of global growth as the company also seeks to diversify its offering.

Thomas Williams, General Partner at Talis Capital: “What the Bondaval team has been able to achieve in its first couple of years is truly remarkable. We rarely see this pace and thoughtfulness of execution, which is a testament to the talented team that Tom and Sam are assembling, combined with exceptional demand for this product. The simple elegance of MicroBonds unlocks several transformational use cases, which have the potential to fundamentally alter credit markets. We see limitless potential for Bondaval and are delighted to partner with this world-class team.”

Tosin Agbabiaka, from Octopus Ventures: “After backing Bondaval early on and working alongside them, it’s more evident than ever that the team has both the prudence and the pace to build a category-defining business in credit and insurance. We continue to be impressed by Bondaval’s ability to develop this innovative solution, drive value to some of the largest companies in the world, and continue building an exceptional team. Therefore, our decision to double down on supporting the company in this next stage of its journey was a no-brainer.”