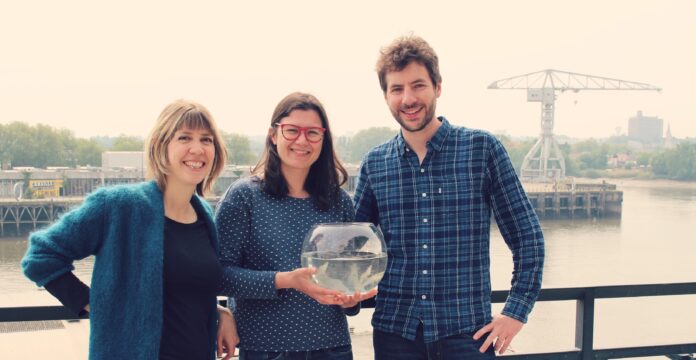 The funding comprises €2.6 million of new capital from investors including Le Gouessant Agricultural Cooperative and private investors, along with historical investor Litto Invest, in addition to non-dilutive funding of €2.3 million from Bpifrance and the Crédit Maritime and CIC Ouest banks.

Founded in  2018 by Charlotte Schoelinck, PhD in Marine Biology, Caroline Madoc, an engineer from Mines de Paris and Gabriel Boneu, an entrepreneur from HEC Paris, the company aims to o revolutionize aquaculture with its low environmental impact production system.

Since 2019, the company has been marketing a pioneering fresh, local and environmentally-friendly shrimp in France that is ‘triple-zero’ guaranteed – zero antibiotics, zero km travelled and zero polluting discharge.

Each year, 80,000 tons of frozen shrimp are imported into France, and 290,000 tons into Europe. Lisaqua plans to produce 10,000 tons of shrimp per year by 2030 in France and Europe T​​his new round of funding will allow Lisaqua to finalize the construction of the first shrimp farm in France.

Gabriel Boneu, Lisaqua CEO and co-founder commented: “This funding will allow us to recruit 10 people and to structure strategic partnerships to prepare our scale-up. We plan to set up a network of farms near the main French cities from 2024 in order to make our ultra-fresh shrimp available to as many people as possible”.