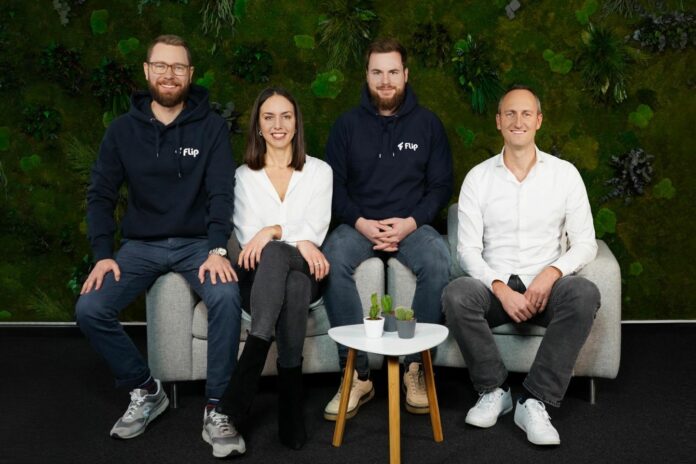 German startup Flip, a leading startup for employee communications, has just secured over €26.5 million to expand into new markets with its pioneering app that is keeping employees equally informed and connected.

With the aim to put the spotlight on an employe group that has long been underserved, Flip want to close the information and communication gap between companies and deskless workers. It’s no secret that deskless workers have been a driving force of business survival and growth during the pandemic, but they are too often left behind and forgotten about by companies. Now, a wave of innovation aimed at frontline workers is attracting capital – and Flip are accelerating fast.

Benedikt Ilg, founder and CEO of Flip, said: “We’ve become one of the fastest-growing companies on the market. Our sales revenue is up by a factor of six, and our headcount has quadrupled. That’s due first and foremost to our strong focus on deskless employees. Our app is one thing above all: simple. That has made it an essential part of the working day for many employees. The fresh capital will allow us accelerate growth for our product and to further expand our team.”

More than 2.7 billion workers globally are deskless, while only 1% of business software spending is enabling deskless work. Flip enables companies to communicate in a fast and reliable manner, keeping employees equally informed and actively engaged. The startup allows businesses to integrate their existing internal communications IT infrastructure into a single access point and increase business efficiency, bringing a fundamental competitive edge to its customers.

This funding comes at an exciting time for the young startup, which has seen a revenue growth of 6x since their last raise and now has more than 200 customers, such as Porsche, McDonalds and supermarket chain Edeka. Flip’s 100 person team are closely working with their customers to further develop and refine the app. Flip has seen significant success in the retail sector, for instance, where it helps reduce the amount of time spent on information sharing by 97%, enabling coordination and increased space efficiency.

The company want to keep growing, and keep supporting greater connectivity for employees. This fresh funding will be used to accelerate growth in its core market – the DACH region – whilst also expanding to additional European markets. The UK is a core target ara. At the same time, staff development and recruiting are being prioritized as core building blocks for the company’s growth.

Former Volkswagen Chairman and angel investor Matthias Müller, said: “Deskless workers are at the core of industrial and retail companies, as critical drivers of efficiency, productivity and in some cases, customer relations. Investing in effective employee communications and overall company culture, is, therefore, a fundamental element for companies looking to gain competitive advantage.”

Solarize raises €4.3 million to solar-ise premises and accelerate the transition to renewable energy

Stuttgart-based autoRetouch raises €3.2 million to enable anyone to edit lifestyle and fashion product images in seconds

10 promising cleantech startups to watch in 2020 and beyond

10 Stuttgart-based startups to watch in 2019 and beyond