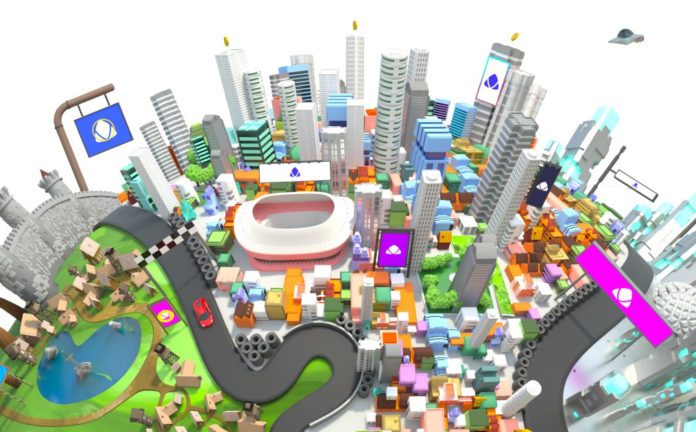 Admix, Europe’s leading In-Play monetization startup that bridges the gap between gaming content and brands, today announces that it has raised €21.5 million in a Series B funding round to scale up its In-Play solution worldwide; and establish it as the content monetization layer for gaming worlds and the formative metaverse. Participating in the Series B round are the investors Elefund, Force Over Mass, DIP Capital, Notion Capital, Speedinvest, Rocket Capital, Colopl Next, Sure Valley Ventures and Sidedoor Ventures as well as growth investor Kuvi Capital and business angels from the gaming industry.

Arriving just one year after Admix’s Series A round, this latest raise is the largest secured by any non-intrusive games monetization company and brings Admix’s total funding to about €31.9 million.

Founded in 2018, Admix pioneered In-Play advertising – a solution that bridges the gap between brands, creators and advertisers using non-intrusive product placements integrated inside video games. Over 300 global games and thousands of advertisers currently use Admix’s end-to-end platform which utilizes drag and drop SDKs for game publishers to integrate into their games, a platform for advertisers to access the gaming world, independently verified measurement and data reporting. The London-based company has recently made key hires in the Americas and APAC where its presence will now be expanded further.

The first phase of Admix’s development has proven its commercial model, which is on track to deliver 1,000% year-on-year revenue hypergrowth. This fresh capital is set to power Admix’s evolution as a set of monetization tools for the new creator economy, and its second critical phase of product development that will set standards in the formative metaverse. In building the technology and tools to empower creators to make money from their content, Admix will iterate on its state-of-the-art proprietary rendering technology which can digitally inject complex 2D or 3D constructs into any 3D environment, with zero impact on virtual world engine performance.

Samuel Huber, CEO and Co-founder at Admix, commented: “We’re delighted to have secured this substantial funding round which signifies the start of Admix Phase 2. This funding round validates the incredible hard work which the entire team has worked so tirelessly to reach. We see the internet entering a new stage: Web 3.0 or the metaverse, characterized by real-time 3D interactions and a new creator economy, spearheaded by the video games industry. We are establishing In-Play as the monetization layer for gaming and the metaverse. While many players in our industry are essentially agencies, Admix is building critical infrastructure for creators to monetize their content in the best way possible.”

Admix COO and Co-Founder, Joe Bachle-Morris, added: “This Series B round – the most significant in our industry by far – comes at a time when household name brands and some of the highest-grossing games ever are joining either end of the Admix ecosystem. Research we released last week demonstrates just how hot an area this is for brands, with 93% of media buyers intending to conduct an In-Play campaign within the next few years. We’ve built an unbeatable tech stack, proved our model commercially and recently put boots on the ground in North America, LATAM and APAC, where our presence will now be ramped up. Admix is at the forefront of gaming as a media channel and we’re excited to be able to put even greater firepower behind creating the infrastructure that will enable our creators and clients to maximize the opportunity.”

Admix is experiencing hypergrowth driven by unprecedented inbound and direct sales and has doubled in size to more than 80 staff this year. It has recently signed deals for In-Play campaigns with Calvin Klein, Schuh, Movember and Sky.

Serik Kaldykulov, Founder and Managing Partner at Elefund, commented: “Sam and Joe are exactly the type of founders we want to work with at Elefund. They created Admix and In-Play with their incredible vision for the future of digital gaming, and we believe that they will continue to play a significant role in shaping how consumers and businesses exist and interact in what the world will come to know as the metaverse.”