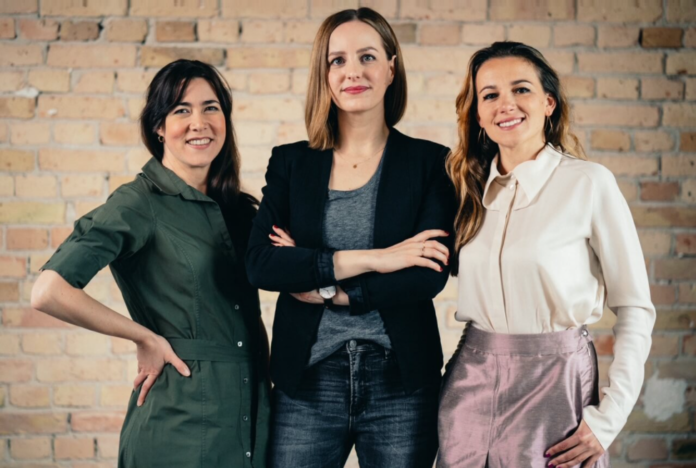 Berlin-based fintech startup FinMarie has just received early-stage funding of €1.4 million. This first round of external funding has been led by High-Tech Gründerfonds (HTGF) and the Berlin-based wallstreet:online AG.

FinMarie was founded by Karolina Decker in 2018 after a long executive career in international banks and, as one of the first financial providers of its kind in Europe specifically geared towards women, is one of the pioneers in the growing female fintech segment.

Regarding the startup’s mission and latest funding round, FinMarie CEO Karolina Decker stated: “Our mission is to make women more financially independent and to facilitate their access to the financial market. Because still far too few women actively take care of their finances and thus run the risk of slipping into old-age poverty later on. We are very pleased to have HTGF and wallstreet:online as two very strong partners at our side to significantly expand our offering in the coming months and reach even more women.”

After FinMarie had initially established itself with personal financial advice for women and was no longer able to meet the growing demand through individual coaching alone, two additional experienced co-founders, Rica Klitzke and Leitha Matz, joined the company in 2021. Klitzke brings 12 years of marketing experience and was most recently responsible for the Coca-Cola brand portfolio for Germany. Matz previously developed and scaled a consumer finance app as co-founder of the fintech Zuper. Together, the team is now driving the transformation of the business model towards scalable offerings and has already launched various digital investment solutions. The product portfolio now includes various robo advisors, as well as an e-learning community and other financial education offerings, in addition to traditional financial coaching.

As one of the few female founding teams, the team was now able to prevail in the pitch for venture capital. In addition to product development, FinMarie intends to use the capital raised primarily to build up the team and for targeted marketing measures. The launch of the app is planned for Q1/2022.

Tobias Schulz, Senior Investment Manager at High-Tech Gründerfonds, stated: “Women are still not addressed enough as a target group overall by current financial service providers. We are firmly convinced that we have found the optimal product and a modern consumer brand in FinMarie, and are particularly pleased to be able to support an extremely strong team of female founders in this exciting growth segment with Karolina, Rica and Leitha.”