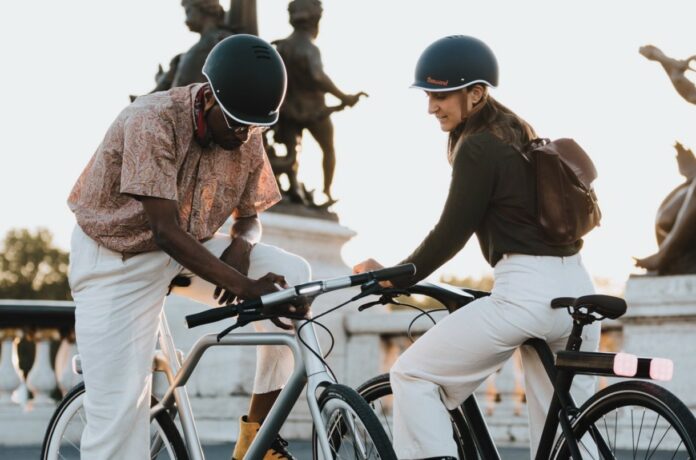 Angell, one of France’s leading manufacturers of smart bikes, has completed a €12 million round of financing to accelerate its development.

Angell was founded more than 3 years ago on the premise that Europe’s major capitals would be free of individual combustion vehicles by 2025. Angell’s mission is to improve day-to-day life in cities by designing, creating, and distributing future mobility objects for commuting, fitness, and leisure.

In 2019, Angell launched its first smart bike: Angell. With its ‘Ora Ïto’ design, lightweight form and embedded intelligence, Angell is already used daily by thousands of users in more than 8 countries.

The startup’s fresh fundraising will allow Angell to focus on 3 objectives: The commercial launch of Angell / S; the acceleration of its expansion in Europe; and the development of a European-wide maintenance network.

Angell / S has been designed to be lighter, more comfortable, and easier to handle. Its sleek “gooseneck” frame is easier to ride over and accommodates all sizes from 1.55m to 1.85m. Angell /S will be available in 3 colours (Matte Black, Silver, Green) and from July 20th, a hundred ambassadors will be mobilised to test Angell /S throughout Europe. Series production, operated by Groupe SEB, will start this summer so that the first Angell /S can be delivered in early September.

After putting more than 2,000 electric bikes on the road in 2020, Angell’s European expansion will also be accelerated in S2/2021, meaning that Angell will be present in 10 countries and 80 cities. A network of 120 ambassadors offers future users the opportunity to test Angell in real-life conditions.

After opening its central workshop in Paris and developing its network of guardians in France, Switzerland, Belgium, Germany, Spain, and Italy, Angell will additionally launch its course centre in Q4 to recruit more repairers and assistants for its user community. Indeed, Angell’s ambition is to offer a premium service of maintenance and assistance at a European level and to pass on all its experience in managing a fleet of VAE with high added value.

The startup, committed to global efforts to reduce vehicle dependency by 2030, also recently launched Angell Lab, which commits a portion of turnover and mentoring support to projects dedicated to enhancing cities and the lives of its residents.