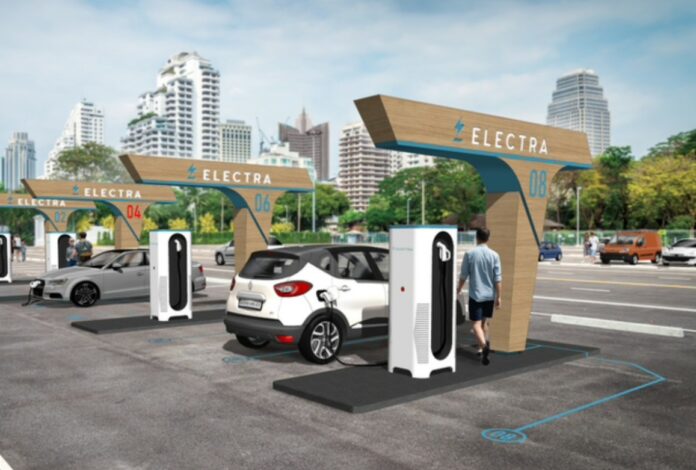 Electra, a network of ultra-fast e-charging stations, today announces a fundraising of €15 million from its investors, the biggest seed round in France this year so far. Its objective is to accelerate the switch to electric mobility by tackling recharging, deploying a recharging network of 1,000 ultra-fast stations by 2030.

Founded in 2021 and with 15 employees in its offices in Paris, Electra aims to deploy a first batch of 50 ultra-fast charging stations within a year. Electra was created with the aim of solving a major problem, which is also a source of anxiety for many new users: the charging of electric vehicles. The experience must be simple, intuitive, but above all adapted to the development of the market, and to vehicles which accept increasingly high recharging speeds. In fact, the startup predicts that charging your electric car in 2030 will be almost as quick as refuelling today.

This first round of funding will allow the young company to meet its objectives of deployment in Ile-de-France and in Lyon and Lille, invest in research and development to review the recharging experience, and to support its growth by tripling its workforce by the end of the year.

The health crisis has accelerated awareness for sustainable and accessible solutions as Aurélien de Meaux, CEO and co-founder of Electra explains: “During the first confinement in 2020, we realized that we lived in less noisy and less polluted cities. We like the idea that, in 20 years, thanks to electric mobility, our cities will breathe and that we will find a peaceful quality of life. Everything electric, from two wheels to the car, is only a matter of time. Even financial worry is set to disappear, as the prices of electric cars are expected to drop by 50% within 5-6 years. Clean mobility will no longer be a luxury”.

Electra’s charging stations are already being set up in towns and cities across France. The deployment sites are shopping centres and supermarkets, hotels and parking operators, with a target of more than 50 sites signed up this summer. Focusing on a seamless experience, users are also attracted by the possibility being able to have some food or a snack for example, during recharging.

Xavier Lorphelin, Managing Partner at Serena, added: “Decarbonizing the automotive market is one of the biggest challenges of the 21st century. In 2020, the French electric vehicle market grew by +180%, while the all-energy market fell by -25%. This growth seems unprecedented, yet it is largely hampered by the lack of infrastructure. Electra’s ambition is to completely erase the friction with the adoption of electricity by deploying the most efficient network of ultra-fast charging stations in France. We have been working with its founder Aurélien since 2014 when we invested in his previous company and are convinced of his ability and that of his team to build a European leader.”