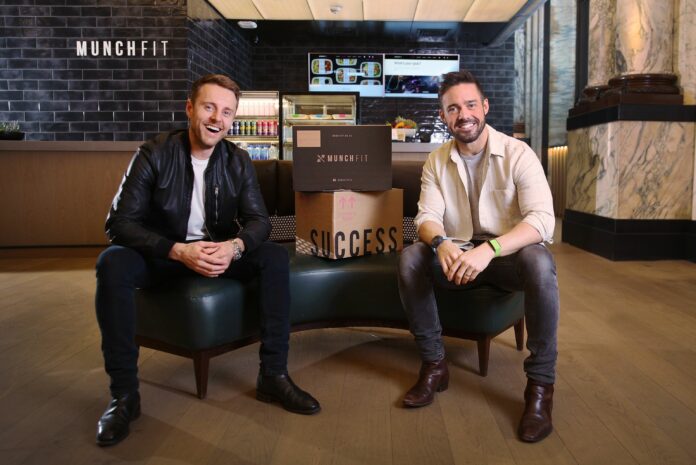 MunchFit, a healthy food provider, has closed €1.3 million through a recent crowdfunding campaign via Crowdcube, after attracting substantial investor interest. Helping to accelerate fitness results by taking the guesswork out of what to eat, the upmarket goal-based meal service secured equity investment from 330 ‘Fitvestors’ to take the business to the next level.

MunchFit, founded by Angus Fay in 2013, operates a retail offering, fitness cafés and a nationwide meal plans service that allows people to order up to four meals a day, six days a week tailored to fitness goals.

Unlike recipe boxes which require scratch cooking, MunchFit’s gourmet meals require zero preparation. “Whether you simply want to get in shape, or are training for a half marathon or even the Marathon des Sables, MunchFit will help achieve those goals”, added CEO and Founder Fay.

The company will use the new cash injection to open five more cafés, launch their Fuel range into major supermarkets, improve the user experience through their website and ecommerce platform, and also make key hires to expand into new business areas and promote growth. This will increase potential production by 400%, according to Fay.

“The decision to invest in MunchFit practically made itself. The results from using the meal plan for just a few weeks were mind blowing.” said investor Spencer Matthews. “When a product works that well it’s hard to ignore. Also, having met Angus, I believe in his plan and his ability to deliver it.”

In 2016, MunchFit launched a string of partnerships with premium fitness outlets Equinox and Barry’s Bootcamp, supplying prepared meals to refuel hungry gym-goers, and operating MunchFit cafés within all of Equinox’s UK sites.

In June 2020, with its cafés shuttered by the pandemic, MunchFit swiftly dealt with those setbacks by unveiling Meal Plan menus, delivering nationwide. That same year a licensing deal with publishers Hearst was achieved to create Fuel for Men’s Health (and soon launching Women’s Health Fuel). MunchFit’s retail range is also now stocked in Planet Organic with a dedicated organic line, as well as supermarket Ocado, and has since added Amazon Fresh, As Nature Intended, BXR and Soho House as outlets.

Angus Fay, CEO and Founder of MunchFit said, “The level of interest and support has been incredible. We had ambitions to raise £1 million, so to have surpassed this really feels like a real vote of confidence and widens the scope of what we can do with the business. Most of us have aspirations to be healthy, but lack of time is often the biggest obstacle to achieving our goals: scratch cooking healthy meals goes out the window in favour of grabbing something on-the-go. This means that no matter how hard we work out, if our diet isn’t balanced, we won’t get the results we want to see. Post-pandemic, there is an increasing appetite for high quality, health-conscious products –  and we’re confident that MunchFit can deliver more than healthy returns.”