“When I ﬁrst approached investors, I was told women’s health products were too ‘niche'”: Interview with Elvie’s CEO and co-founder, Tania Boler 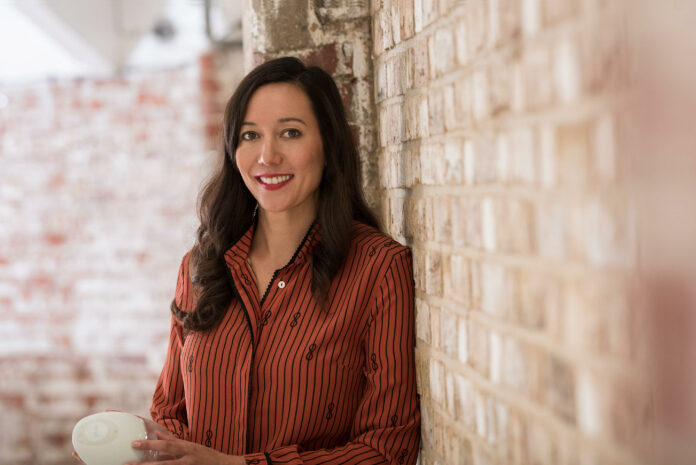 Tania Boler started Elvie in 2013 with a mission to bring women’s technology out of the dark ages. Created by women, for women, Elvie’s two flagship products, the ‘Elvie Pump’ silent wearable breast pump, and ‘Elvie trainer’ for pelvic floor training, alongside new products Elvie Curve and Elvie Catch, have revolutionised the sector and given women back control and autonomy of their bodies.

About 7 years since its founding, the team is growing fast across London and New York, now with over 100+ employees, and will no doubt continue to soar, as in 2019 the team announced a whopping €37.5 million Series B round (the largest ever for a femtech at the time). Elvie has been featured in media ranging from Vogue to Women’s Health, and both products have been featured in the Oscar Nominee Gift Bags.

We were able to speak with Tania about Elvie’s evolution, their funding strategy, advice for entrepreneurs and the future of femtech.

To kick-off, could you brieﬂy tell us how and why you started Elvie and why it’s unique?

The idea for Elvie Trainer, our ﬁrst product, came to me when I was pregnant. While experiencing many changes in my body, I was shocked to discover that despite having worked in women’s health for 15 years – across various ﬁelds and disciplines – there was so much I didn’t know, especially when it came to my pelvic ﬂoor.

My husband is French, and when we were together in France, I learned that it is common for French women to attend pelvic ﬂoor rehabilitation classes after birth to help re-strengthen their bodies. I couldn’t believe that nothing like this existed in other countries, especially since I later found that one in three women will experience pelvic ﬂoor problems during their lifetime.

As I began to research further, I quickly learned the shocking statistics relating to incontinence and prolapse, impacting half of all women over 50. I started conversations with researchers and physiotherapists to see what we could do to change this. Eventually, I realised that technological innovation was lacking in this area, and most of what was on the market at the time for women was simply ineffective. Giving women real-time biofeedback is the most reliable way to encourage commitment to pelvic ﬂoor training, yet this technology was only available in hospitals.

I had never planned to start a business. With this apparent gap in women’s health, I set out to create a smart Kegel trainer and app that could give users the same real-time biofeedback that seemed so inaccessible – all while making it fun, convenient, and effective. So, in the autumn of 2015, we launched Elvie Trainer to (fantastically) great acclaim, with more than 12 awards for innovation and design – including the prestigious Red Dot Award. And now, I’m proud to say that we’re one of the biggest names in European femtech and have many plans to become a ‘one-stop shop’ in the world of women’s health.

The term femtech is still quite new. What is your opinion on the state of the femtech sector in 2021?

It’s hard to believe that when I ﬁrst approached investors, I was told that women’s health products were too “niche”. This, of course, is so hard to fathom, considering these tools address the needs of 51% of the global population (deﬁnitely not niche!). So, watching this shift in mentality surrounding women’s health and wellness – with Elvie being a key part of this change – has been fascinating.

The term ‘femtech’ didn’t even exist when I started, but as a category name, it’s beneﬁcial, as it allows companies and female founders to have more collective power. And now, though still relatively new, it’s become a rapidly growing market worth millions of pounds. The level of venture capital in this space has increased from the $23 million it was worth ten years ago to the approximately $391 million it is now. And this makes sense! It makes sense to develop products using empathy. To approach a real need or issue and innovate around it – placing women at the heart of design and engineering.

Women have always known that they deserved more. They just needed brands, designs, and platforms to help lay the groundwork and uncover precisely what they should be learning when it comes to their bodies. Women worldwide turn to femtech for problems that historically, they were expected to simply “put up” with, like incontinence or issues with breastfeeding. What was once overlooked is now a booming industry, expected to become a $50 billion market by 2025 – and that’s incredible. That’s more next-generation tech companies like Elvie creating a parallel healthcare industry tailored to women because we know that the right tool or product has the potential to change lives.

Elvie has landed some signiﬁcant funding rounds in the past few years. What has been your funding strategy, and what would you advise other entrepreneurs in the sector?

One of the most empowering moments was when we successfully closed on the most signiﬁcant funding round in femtech history at the time, securing $42M in Series B funding in April 2019. This investment gave the company, and I, added conﬁdence in our mission while paving the way for us to expand our global business and team to nearly 150 employees. We’ve also been able to bring out new game-changing products like Elvie Curve and Elvie Catch to market.

Disruptions from the pandemic meant we had to halt further funding rounds, speciﬁcally our Series C. That meant we needed to stay agile and conserve cash before entering the investor climate again. Like many businesses, we needed to adapt and react, and we’re moving forward with a renewed focus on proﬁtability so Elvie can weather any storm.

So far as advice is concerned, I would tell other entrepreneurs to surround themselves with people who believe in the mission and are the best at doing the jobs you need. Because beyond attracting investors, some of your most signiﬁcant obstacles come with building your technology. From the word “go”, Elvie set out to hire world-class designers (male and female) who understood women’s needs, placed women in the heart of the design process, and created beautiful products that women wanted to use.

I would also stress the importance of building your network and getting as many people interested as possible. This may seem intimidating, but there is a growing network of extraordinary, like-minded female entrepreneurs out there who are willing to support you and help you to make essential connections.

How do you see the femtech industry changing in the next 5-10 years? What trends or technologies do you think we will see, or perhaps how do you see funding changing?

We’ve  seen  big  raises  in  the health space, and now many investors are keen to get into femtech. I still believe that the industry is maturing and growing, with thousands of new startups in the space. That said, fertility, pregnancy, and early maternity are the main focuses of femtech. The next generation of companies needs to look beyond reproductive health to create a parallel healthcare industry tailored to women while exploring opportunities in the mainstream medicine gender gap.

What advice would you give to yourself as an entrepreneur 5 years ago?

Don’t shy away from being up-front about what Elvie stands for. One of the earliest hurdles happened while raising funds for Elvie Trainer, and I would shy away from using the word “vagina”. On one occasion, I was ﬁfteen minutes into a pitch when I realised the investor had been playing around with Elvie Trainer but had no idea what it was! Of course, they didn’t invest. This meeting taught me always to be upfront and not skirt around the issue. Now I still do the “vagina” test with possible investors – what is their reaction once I say the “V” word? It’s a fun test, and if the response isn’t good, then it’s a sign it won’t work between us.

Another piece of advice I would give myself (and others) is to be unafraid of hiring people who are smarter than you! My business partner encouraged this from the very beginning, and we hired top engineers from the word ‘go’. Finding the right people to build out your team is key to success.

Finally, what’s next on the cards for your businesses in 2021 and beyond – any exciting updates we should keep an eye on?

We’ve had a very exciting start to 2021 so far, with one such development being our recent recognition in the 5th annual edition of the FT1000 as Europe’s #43 Fastest Growing Company. This marks a giant leap from our previous #76 place ranking and is a massive testament to our resilience and persistence – even during lockdown.

We’ve also recently expanded into eight new markets during the pandemic trials and tribulations while also growing our headcount – 114 new starters in 2020, representing a +80.5% growth.

We also have plans to continue our Series C funding following the disruptions of 2020. Our long-term plan is to develop products that support women at every life stage, whether that be prenatal, menopausal, or otherwise – thus becoming a one-stop-shop for women’s health. We will use our latest investment to continue R&D on upcoming products, and to build brand awareness and distribution for our breastfeeding range (Elvie Pump, Elvie Curve and Elvie Catch) and Elvie Trainer across the United States, Canada, Europe and Asia.