Today BioPhero, the insect pheromone company, today announced it has raised around €14.2 million in Series A funding led by DCVC Bio with participation from new investor FMC Ventures, as well as existing investors Syngenta Group Ventures and Novo Holdings. The startup, which has a mission to replace many chemical insecticides with sustainable biological insect pheromones, will use this funding to ramp up production of several products and to produce pheromones at the quantity, quality, and price required to allow farmers to control major pests in a variety of row crops.

Pheromones, being non-toxic, can be a powerful tool to achieve the objective of insect pest control, while avoiding the negative impacts on environment and biodiversity associated with overuse of synthetic chemicals. Pheromones are naturally produced by insects, but they can also be used very effectively to control the buildup of pest populations in farmers’ fields by disrupting their mating process. They are highly sustainable as they are insect-specific and non- toxic. Not only can they replace insecticide use but they can also reduce over-application by helping to prevent the buildup of resistance against both chemical insecticides and GM seeds.

Following its seed round in 2018, BioPhero developed – and scaled up – new and efficient production methods for insect pheromones using microbial fermentation. The production processes use renewable raw materials, produce less waste than the traditional chemical synthesis, and – crucially – are able to deliver insect pheromones at the cost, quality, and volume required for row crops such as wheat, maize, rice, and soybeans. BioPhero has successfully demonstrated that it can produce pheromones at tonne-scale, and the company is now ready to start production of its first product and to make it available to customers and development partners around the world.

Kristian Ebbensgaard, CEO of BioPhero, explained: “We aim to give farmers a new option: To protect their crops using biological insect pheromones rather than having to rely on insecticides. In row crops this has not been possible until now because of the high cost of pheromones. At BioPhero, we have shown we can break this cost barrier. We are delighted to continue to attract such high-quality investors and see this as a testament to the success we have had in developing and scaling biological pheromone production and delivering new options for growers”.

Unlike with insecticides, insects do not develop resistance to insect pheromones because they are produced by females to attract males for mating and do not present a single target that can easily be overcome by evolution. Insect pheromones are highly effective, have an exemplary safety record and do not harm pollinators or other non-target insects.

“We have been examining the use of insect pheromones in agriculture and new startups in this area for many years. Until now, no company has succeeded in manufacturing pheromones at a cost and scale suitable for worldwide use,” said John Hamer co-Managing Partner of DCVC Bio. “BioPhero’s patented breakthrough platform is the only one that is delivering the cost structure, manufacturing flexibility and quality that allow pheromones to be deployed on major row crops.”

BioPhero was founded in 2016 by Prof. Irina Borodina as a technology spin-out from the Technical University of Denmark. Borodina has assembled a dedicated world-class team with competencies within metabolic engineering, fermentation, chemistry, and process development, also participating as a consortium member in the EU-funded Projects OLEFINE and PHERA. 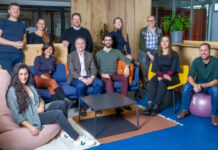 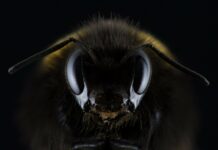 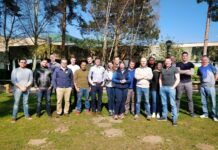