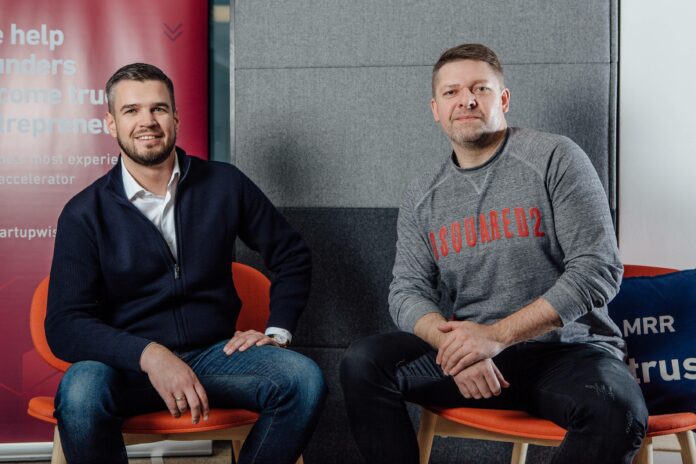 Lithuanian startup kevin., who we recently featured in our list of 10 promising Lithuania-based startups to watch in 2021, has raised €1.5 million in seed funding to scale into new markets, and launched an innovative PSD2 payment solution for consumers and merchants alike.

PSD2 is the EU’s flagship open banking regulation. While it has enjoyed some successes, payment using PSD2 still requires several authentication steps, and it has so far failed to move beyond e-commerce to areas where consumers typically use card and mobile payments for services like parking, deliveries or mobility.

Now, thanks to Lithuanian startup kevin., consumers can expect payments for these services to be handled in the same convenient way as cards. Founded in 2017, kevin. enables merchants to accept payments directly from bank accounts, via an API. This is one of the first times PSD2 has been used to directly compete with card networks for this type of payment.

“Requiring authentication every time a customer makes a €2 parking payment is not competitive, so service providers stick to cards, but there’s a downside. With a typical flat charge per payment of €0.07, plus an additional charge of around 1%, companies providing low-priced services like parking can end up paying up to 10% to card networks per payment,” said Tadas Tamošiūnas, co-founder and CEO at kevin..

“kevin. lets users and merchants treat bank accounts like credit cards. Our new solution enables seamless, instant transactions that don’t need to be authorised every time a service, like getting a ride on a ride-hailing app, is ordered,” continued Tadas Tamošiūnas.

So how does it work? Customers link their account to a service provider’s app once, and after that there is no need for authentication for every transaction. This is achieved through an API that works on kevin.’s secure, licensed infrastructure. This infrastructure operates in the background just like a card network, and the end user experience is the same as that of using a payment card.

Pavel Sokolovas, co-founder and COO at kevin. said: “This is the first time PSD2 has been used in the same way as a payment card for these kinds of transactions. Our focus from the very beginning was to build infrastructure using open banking to take on the card networks where they are traditionally strong. This is a first step, and shows that it is possible to use PSD2 not just for online payments, but also in sectors that currently depend on expensive acquiring methods. While we are taking on the card networks, we are also gaining their recognition – we recently won the Mastercard Lighthouse program in the Baltics.”

The biggest parking operator in the Baltics, UniPark, has been one of the first companies to integrate kevin. in its app. On average, UniPark pays 80% less for acquiring services per transaction than with a card network. As opposed to paying an interchange fee, they now pay a very small fee per API call.

kevin.’s  €1.5 million in seed funding was raised from a number of European business angels from the finance and insurance industries. This funding will enable kevin. to bring its solution to new sectors and markets in Europe. The fintech startup currently operates across the Baltics, Poland, the Netherlands and Portugal. In 2021, it plans to enter 15 more European markets and is targeting enough bank connections to cover 80% of customers in the EEA in 2022.

Some of its new funding will also be invested into further product development, with a POS solution in the pipeline. Pavel Sokolovas said: “In a few months, we plan to launch more products and to take even more of the card scheme pie. We will be targeting areas where card networks are traditionally strongest, including point of sale payments in physical stores.”

10 skyrocketing Lithuania-based startups to watch in 2022 and beyond